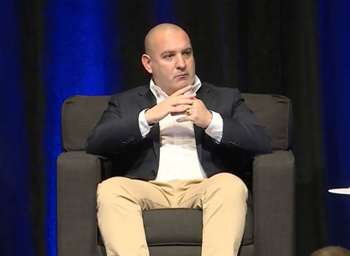 HSBC Australia used real-time decisioning software to get customers up to speed with a new online banking platform, avoiding customer sentiment problems seen in other markets caused by the technology switch.

Country head of CRM, analytics, data and information management, Fabian Abacum, told the recent Pegaworld 2018 conference that swapping online banking platforms - which Australia did in 2016 - had caused a drop in net promoter scores (NPS) in some countries.

NPS is used by mostly large services-oriented organisations to gauge how they perform on customer experience and loyalty.

“We migrated our customers from one internet banking platform to a new one [with a] different look-and-feel,” Abacum said.

“When customers who’d been using the old platform for years went in, [we knew] they would need some education around where to find things in this new space.

“We had heard from other markets who had deployed [the new platform] that NPS had been impacted by that migration and so we tried to mitigate that by using Pegasystems [software] to manage that process.

“So rather than hit every customer with every piece of education they needed for every possible bit of functionality, Pega would present what was deemed the next best [piece of] education for them.”

That meant HSBC Australia used what it knew about the customer - such as their transaction habits - to show them how to perform those functions in the new online banking interface.

“For example, if they were more likely to do international transfers they would be given that [information first],” Abacum said.

“We were able to manage and even get an uplift on NPS during that [change] process. We were the first market [globally] to do that.”

The successful use case gave Abacum’s team the license to expand the application of Pegasystems’ software into other channels.

Broadly, the purpose of the Pega software at HSBC Australia is to “talk to customers in all channels with a consistent message and do it in a timely way, which means in real time if they’re online”, Abacum said.

Three years ago, when the project was first started, the bank would communicate to its customers using traditional methods; as Abacum says, using “traditional propensity models” - statistical runs to work out which customers might respond best to an offer.

“There wasn’t a lot of consideration about what customers actually needed or had told us or had done in all our channels, so [our communications were] fairly focused on product and individual channels.”

The bank decided to try Pega software to improve the way it communicated with customers. Banks, telcos and others use Pega - and similar process automation tools - to suggest ‘next best conversations’ to have with customers.

The software takes what it knows about a customer - based on how they interact, or have previously interacted, with a channel, and then suggests a message or offer that it calculates that customer would be most receptive to.

“Through 2017 and the beginning of this year we integrated it with the majority of our other channels so frontline, SMS and our outbound capability as well,” Abacum said.

“We’re in the process of [realising commercial value from] what we’ve built before we move to the next phase [of work].”

The next phase of work - which has started - will see the tool’s predictive and artificial intelligence (AI) capabilities expanded.

“Part of what we’ve got now is we have the AI built in. It’s performing and doing what it’s supposed to do, but we want to ... put features in that allow it to get better and better at predicting customer behaviour,” Abacum said.

One example of this in action is likely to be the use of sentiment scores to further refine what it is a customer might be looking for, minimising the risk of errors in what the machine suggests.

“With Pega today, without the sentiment score, we could try to offer a customer a credit card simply because they’re on a credit card page,” Abacum said.

“But with the sentiment score in there, or even a flag that says their card has been declined, then the context changes and it’s not about selling a new card anymore but helping the customer through that.”

HSBC Australia is also hoping that Pega can be used to refine messages to customers via programmatic marketing and paid media.

“We want to treat those as channels in a sense and talk to customers and prospects in a way that is contextual and relevant to them,” Abacum said.

“There’s an opportunity to make some serious return just by focusing on customers and relevant messages.

“We also have a few more channels that we need to build out to as well so we’re planning that.

“We’ve got our plate full for the next couple of years.”

Abacum said that through the project, HSBC Australia is realising “customer centricity”.

“Organisations talk about it all the time,” he said. “This is us actually doing it.”