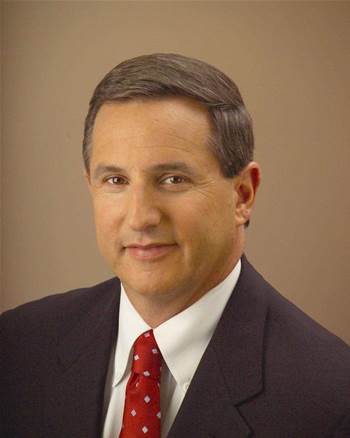 Former Hewlett Packard Co contractor Jodie Fisher alleged that she lost work from the company because she did not have sex with ex-CEO Mark Hurd, a source with knowledge of the matter told Reuters on Tuesday.

It was the first time the nature of Fisher's claim has been reported, since HP had previously only said that Hurd was accused of sexual harassment without giving any details.

Hurd, 53, stepped down on August 6 after HP accused him of filing inaccurate expense reports involving Fisher, although an investigation ordered by HP's board found no evidence of sexual harassment.

Hurd "still loves HP," said the source, who is familiar with his view. But Hurd has been dismayed by how HP handled its public relations and news leaks in the days after he left.

In particular, he was angry at apparent leaks from HP's board last Sunday that claimed his decision to settle the claim with Fisher had interfered with the board's probe. He called those reports complete "lies," the source said.

The catalyst for Hurd's departure was that he and the board had disagreed over whether to disclose the sexual harassment claim, according to the source.

As soon as the board decided it had to disclose the claim, Hurd and HP "moved to separate," this person said.

Representatives for HP and Hurd declined to comment. Fisher's lawyer did not immediately respond to a request for comment.

The source said Hurd and Fisher did not have any sort of romantic relationship.

Shares of HP have fallen 12 percent since Hurd's shocking resignation. He is credited with resuscitating HP through ambitious acquisitions as well as cost cuts, helping transform the company into the world's largest tech company by revenue.

Hurd has not given any hints on his plans. But the source said he was gone from HP for barely 24 hours before he started receiving expressions of interest from prospective employers.

HP's board has accused Hurd of filing inaccurate expense reports to hide a "close personal relationship" with Fisher, 50, a sometime actress who has appeared in television shows and racy movies.

HP's directors -- a few of whom lived through the company's infamous "pretexting" scandal of 2006 -- were advised by legal counsel Skadden, Arps, Slate, Meagher & Flom LLP to disclose Fisher's sexual harassment allegation even though it was found to be unsubstantiated and HP was not legally required to do so, according to the source who spoke on condition of anonymity.

Several sources have said Fisher's complaint came before the company on June 29. The board-ordered investigation determined on July 22 that there was no sexual harassment, a finding reported to the directors on July 28, these people said.

They said Hurd's eventual departure hinged on a debate within HP's board over whether to disclose the harassment allegation. Hurd did not want it made public and was prepared to weather the storm if the claim leaked, but the board determined it needed to come clean.

After the board resolved over the weekend of July 31 to go public, Hurd began discussions to separate from HP. But sources close to Hurd have said the issue of expense reports only cropped up in his final week at HP, after the board decided to disclose Fisher's allegation.

Although Hurd at first resisted settling the sexual harassment claim with Fisher, he eventually did so at the urging of HP's board and lawyers, these sources said. That settlement was agreed on August 4, two days before his resignation was announced.

Hurd's sudden exit left some investors wondering whether HP overreacted, or whether the full story behind his departure has yet to be revealed. Some like Hurd's good friend, Oracle CEO Larry Ellison, were incensed. Ellison called the actions of HP's board "cowardly."

HP sources have said Hurd's expense account inaccuracies came to as much as US$20,000, including dinners and meetings with Fisher, who worked as a contractor for HP from 2007 to 2009, helping to plan and host events for the office of the CEO.

Hurd's per diem per night at that time was about US$250, according to the source close to Hurd.

Hurd's camp has said that Fisher appeared on roughly half of the expense reports and attributed any inconsistencies to sloppy record-keeping.

HP's board received a presentation from communications firm APCO Worldwide around the time of July 28 and July 29, as the board was debating whether to disclose Fisher's potentially explosive allegation, the source said.

APCO painted a nightmare scenario of tabloid sensationalism if the charge leaked. Fisher had retained lawyer Gloria Allred, who is famous for high-profile, often celebrity, clients.

Hurd had been prepared to confront the media firestorm if it leaked, said the source familiar with Hurd's view.

After he resigned, Hurd was surprised to hear HP executives say on a conference call that his inaccurate expenses concealed a "close personal relationship" with Fisher. It was the first time the charge of concealment had cropped up, the source said.