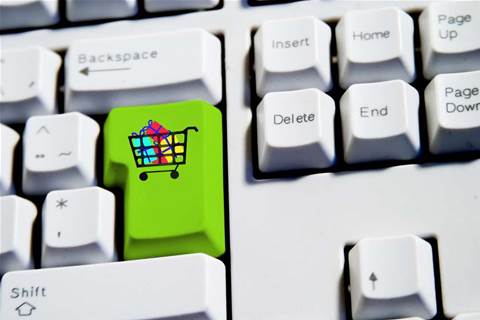 Still some stocking fillers for the big vendors to contemplate.

Analysts have suggested that all the best enterprise SaaS start-ups have been snapped up by the big IT vendors already. Sam Gentle, author of Which Clouds Play Nice? ponders whether there is anything still left on the shelf.

And most recently, SAP bought SuccessFactors for a recession-defying US$3.4 billion. It's the buy that has everybody talking; not just because of the price tag, but because of what it means. SAP was late to the party and had to pay dearly to get in. It’s only going to get harder from here, as most of the good acquisition targets disappear into the hungry mouths of the big software vendors.

With the festive season upon us, is there still time for the old guard to grab some stocking-fillers? What remains on the shelf? Without further ado, the iTnews 2011 SaaS acquisition Christmas list.

SugarCRM is the plucky runner-up in the CRM space. With RightNow off the menu (and unanswered questions about its security), Sugar remains the juiciest target. The rest are too big - or already owned by Oracle (seriously, Larry, how many CRM suites do you need?)

Why? Open Source might scare some companies, but not IBM. They’ve had over a decade of experience working with Linux. If anyone can make an open source acquisition of this size, it’s Big Blue. IBM and Sugar are also very close already. SugarCRM integrates with a number of IBM products, including its cloud office suite Lotus Live, which is sorely missing a CRM system. Finally, IBM’s muscle might give SugarCRM the boost it needs to catch up with Salesforce.

Why not? IBM might support open source, but it hasn’t made many acquisitions in this space.

Zoho Office is an independent cloud office suite developed by some clever cats in the sub-continent. Its range of office applications is stupendously wide, including e-mail, documents, accounting and CRM. Zoho's management claim to have resisted buyout offers from the likes of Salesforce, but the fact they crow about it might also be a plea for attention.

Why? Yes, Intuit. Or maybe not Intuit specifically but a vertical software provider with Intuit's scale. The kind of company that would benefit from Zoho is one that does one thing well and wants to diversify. Anyone else would find too much overlap with Zoho Office’s breadth of applications. Zoho are doing well, but they can’t possibly compete with the reach of Google or Microsoft. Intuit’s QuickBooks has much of the accounting market sewn up, which would give them a great platform to start offering an integrated office suite.

Why not? Competing with the world's two largest software companies isn’t for the faint of heart, and Intuit has a strong partnership with Microsoft. Ballmer wouldn't be impressed. It might just as well go to somebody smaller - Zoho's price tag - if indeed the CEO does want to sell - must surely have gone down since Office365 went live.

Local favourite Atlassian makes systems for collaboration, issue management and software development. Its most popular products are Confluence (a wiki) and Jira (an issue tracking and project management tool). It recently launched Atlassian OnDemand, a complete overhaul of its cloud services with very aggressive pricing. Atlassian’s mix of products are very back-end focused, and a good fit for a company where development is a priority.

Why? VMware has developed a strong platform focus. Rather than just building virtualisation solutions, it hopes to change the way IT is done. But, like Salesforce before it, VMware will need to make its platform attractive to developers if it wants to gain traction. Nabbing Atlassian’s cloud-friendly development and collaboration suite would be a clever move. For Atlassian, being hitched to VMware’s new vision would bring a lot more eyeballs to their developer tools.

Why not? VMware might be trying to stay agnostic regarding development environment. And unless Atlassian's shareholding gets further diluted, its founders are likely to prefer independence.

GetSatisfaction is a system for collaborative customer support. Somewhere between a customer forum, an FAQ and a lynch mob, it represents a more customer and community-focused way of doing support. It would be a good target for a company that’s looking to shake up that sector.

Why? Salesforce is betting the farm on social. CEO Marc Benioff compares the current enterprise situation to the Arab Spring, and asks “When will the first corporate CEO fall for the same reason, because [their] customers are standing up and are tired of not being listened to?” GetSatisfaction is in exactly the business of instigating tiny social revolutions in support centres everywhere.

Why not? GetSatisfaction has a very unique sales model (customers can create a GetSatisfaction page for a company whether or not that company wants one). That might not fit well with Salesforce’s more traditional methods.

SAP’s competitors must be taking a hard look at the HCM sector. Workday is the third-largest player in this space, after SuccessFactors and Taleo. They would be an obvious choice for someone looking to compete with the German software giant.

Why? We would normally say Oracle, which tends to buy out competitors regardless of whether they fit into its product strategy. But we know Workday probably won't sell to Oracle or SAP - the company was founded by ex-Peoplesoft execs strongly opposed to Oracle's business model. HP and IBM, on the other hand, both earn strong revenues from implementing SAP solutions, but both have also made recent investments in analytics and other business software that SAP would have to see as a threat. If either of IBM and HP cut and run and make a big play for business software, Workday could help full out their offerings independent of SAP. Workday has also hinted at moves to expand into business software beyond HCM. Watch this space.

Why not? Meg Whitman, HP’s new CEO, has said that she wants to focus on organic growth rather than acquisitions. And HP never changes tack, right?

Anything we've missed? What else would you put under the Christmas tree?