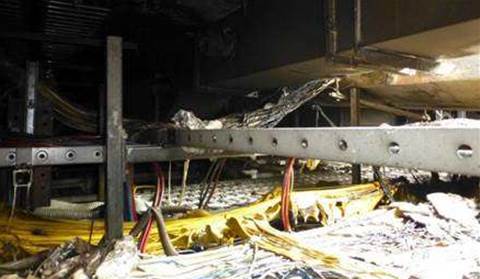 Completes all recommendations from 2013 review.

Telstra has applied its $10 million effort to restore its Warrnambool exchange after a 2012 fire to address power, back-up and safety issues more widely across its Australian network.

The November 2012 fire knocked out services to up to 60,000 users and caused damage to 60 percent of the Warrnambool exchange, leaving residents without voice and internet services for an average of 10 days.

The incident sparked a federal inquiry into fire prevention, service continuity and disaster recovery in such an event.

The report also identified that 118 sites across Australia hosted similar levels of telecommunications infrastructure to the Warrnambool exchange.

It published 22 recommendations - which would cost around $10 million to implement - that Telstra pledged to execute in both Warrnambool and other similar exchanges.

In June last year the telco said it had hit the halfway mark for implementing the recommendations, and today revealed all 22 had been completed.

One unexpected side effect of the initial investigation had been the discovery of a significant drop in power consumption at Warrnambool in the months after service had been restored.

The telco found that obsolete and redundant equipment - which had been damaged in the fire - had previously been consuming a significant amount of power at the facility.

It spurred the telco to embark on a nationwide drive to identify similarly redundant equipment from other sites and get rid of it.

Telstra director of fixed and data access engineering David Piltz today said the benefits of implementing the recommendations had spread further than the initial 118 sites.

In the last year, Piltz said, removing redundant kit across the national network had reduced Telstra's energy consumption by 2090MWh and lowered its carbon emissions by about 2000 tonnes.

The fire also had the unintended side effect of boosting Telstra's fleet of mobile exchanges.

It used a mobile exchange on wheels (MEOW) immediately following the 2012 fire to restore services to customers, and later decided to add two new units to its fleet, one of which was the telco's largest ever unit.

Among other initiatives, Piltz said Telstra had installed an override button on the main switchboard for standby generators; reviewed building, safety and smoke alarms at the 118 sites to identify and address risks; and carried out thermal imaging of cabling to identify any risks with overheating or faulty electrical wiring.

The Warrnambool exchange has been restored to full working order, Piltz said.

"The fire at the Warrnambool Exchange was an extremely rare event which we’ll never be able to fully protect against," he said.

"So some of these recommendations are measures to help us recover more quickly if the unthinkable should ever happen again. I just hope it’s not in my lifetime."