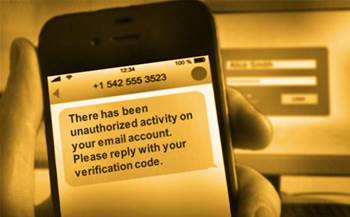 After the fire caused damage to power equipment in the exchange, mobile users - both Telstra and non-Telstra customers - reported receiving text messages not intended for them.

Telstra confirmed the fire had an impact on SMS, and paused processing of text messages while it worked on the problem.

It meant that SMS over the Telstra network after the fire at around 1:40pm this afternoon likely did not reach their intended destination.

Telstra is yet to detail the cause of the fire or the SMS problems.

From unkn number, @Telstra outage causing some curious crossed wires. I hope this person gets the trifle they crave in time for tomorrow... pic.twitter.com/JhRzT7XKg1

Amazing set of messages I received from a wrong number just now. pic.twitter.com/19zrrT8onx

"As a result of the Chatswood Exchange fire today its possible some SMS messages have been incorrectly delivered," a Telstra spokesperson said.

"As mentioned previously customers won’t be receiving SMS messages in the short term while we resolve this issue."

Security concerns have been raised by Telstra mobile customers using SMS as two-factor authentication for services like banking and for password resets.

"Nice wake-up call for CIOs to look at adding more than one 2-factor method to their apps," IT consultant Justin Warren said on Twitter.

“I’ve never known that to happen before," he said.