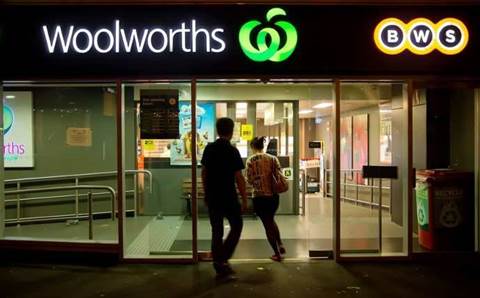 System of record sets retailer up to leverage new tech.

Woolworths' new service management platform will be put to its first real test over the impending Christmas shopping season, which will see the retailer move 28 million cartons of stock in the week up to December 25 alone.

The company is boasting significantly improved operational visibility thanks to a massive overhaul of its service management systems, built on a technical foundation supporting everything from partner ordering and mobile-wielding customers to futuristic smart refrigerators.

Woolworths’ service team spent the first half of this year undertaking a significant ServiceNow implementation that addressed a broad range of capabilities including knowledge management, caller interaction, a self-service catalogue, and reporting across three event management systems and two key service partners.

The 'ServiceWOW' project has been built around ITIL methodologies, ISO/IEC 20000 service management standards, and a governance framework designed to ensure open collaboration between Woolworths partners.

The overhaul has extended even to the structure of its contracts, which reference specific reports and service levels to ensure consistent reporting and prioritisation of resources across teams.

“We applied our standards through such things as a vendor interaction model, which models the process and system integration after each of our processes,” Woolworths service management office service owner Lincoln Robinson told the recent ServiceNow NowForum in Melbourne.

“In the end this comes down to enabling us to see the business impact on our business; the real power is having all of our service levels in the one platform.”

The end-to-end visibility of the platform – which went live in July – was a major step forward from Woolworths’ previous service management environment, which involved extensive use of handoffs and a measure of faith that partners were working to the same service levels.

The new system provides real-time metrics on activities such as the handoff of service tickets between groups.

“By being open and transparent within a powerful system, we now have the visibility to make informed decisions on how to share knowledge between teams,” Robinson said.

Refinements to the environment continue, with new partnerships such as a connection to Samsung’s Family Hub smart fridges highlighting the type of flexibility that Woolworths will require as it extends its business into new areas that harness both customer mobility and the burgeoning IoT economy.

Adam Dimech, platform owner of the ServiceWOW program, claimed the new framework would allow the company to maintain consistency no matter how the business is extended in the future - and in time for a Christmas end-of-year rush that will put “quite a load” on the company’s business operations and IT systems.

Woolworths’ steadily expanding application environment supports customer-facing tools that will leverage technologies like machine learning for tasks such as tracking customers’ food consumption, advising them on how to meet nutritional requirements, and enabling automatic grocery ordering through the likes of the new Samsung deal.

“As we change the way we interact with communities, we’ll move to a state where we have the personalisation of everything.”

Applications are spread across three data centres with a combined 6500 servers, an additional 3200 servers in store, and more than 250 servers across the company’s nationwide network of distribution centres.

Woolworths rolls out a major release to each of its more than 3800 stores every 10 weeks, as well as a major update to the company’s SAP environment every month.

Incremental releases, which typically include more than 200 changes per week, are pushed out fortnightly and span everything from supply chain systems to self-service POS interfaces and the company’s expanding stable of mobile apps.