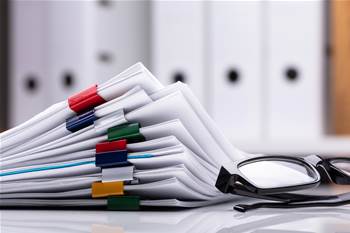 Eighty-four IT projects worth $10 million or more are currently in-flight across the federal government, with more than a quarter underway at just one department.

The Digital Transformation Agency detailed the list of high-cost projects in its submission [pdf] to the Australian Public Service senate inquiry this week.

It is the first public snapshot to be released since the DTA’s digital governance and investment division stopped actively monitoring projects and assigning them ‘engage’, ‘monitor’ or ‘observe’ statuses in mid-2018.

Last year, the agency said the value of active government IT projects as at January 2020 was $7.4 billion, but it did not disclose how many projects contributed to this overall figure, nor indicate how many were high-risk.

The new list, collated in December 2020, reveals that the Department of Home Affairs has the most IT projects worth more than $10 million underway, closely followed by the Australian Taxation Office.

The department’s seamless traveller project, which suffered a series of setbacks in 2019, is also on the list, as is its recent biometric identification service and integrated cargo system capability uplift.

In terms of core IT, the department’s connected information environment (CIE) environment uplift get a look-in, as does its end user computing consolidation (EUCC) and desktop computing refresh.

The list does not, however, include the reusable permissions capability platform – which is expected to cost in excess of $75 million – that it tendered for last October.

IBM, Pega and Oracle are all reportedly vying for the contract, which the department is expected to make a decision on later this month.

The Australian Federal Police and the Australian Criminal Intelligence Commission, which sit within Home Affairs, are responsible for seven additional projects.

The Tax Office, on the other hand, is juggling 12 projects, including the modernising business registers program, which received $420 million in last year’s federal budget.

The program will see the government replace its sprawling collection of registers with a single register that allows businesses to view, update and maintain their registry data in one location.

The agency’s myGovID digital identity project and its relationship and authorisation manager system, are also on the list, as is a data centre migration and application modernisation .

The Department of Defence is responsible for nine projects on the list, including its terrestrial communications program, which remains incomplete after almost a decade of work.

Another long-running program on the list is Defence's billion-dollar ERP program, which rolled out initial finance reporting capability in December.

Other projects include both tranches of its ICT security program, its student management system and the ongoing remediation and retirement of Defence business applications (ICT2230 Phase 1)

Tranche four will see the agency stand up a new Centrelink entitlements calculation engine and bring improvements from earlier tranches to disability and families’ payments and the pension.

The agency’s digital identity program, which it is delivering with the DTA and the ATO, is also on the list ahead of planned expansion later this year.

Other programs include its long-running health and aged care payments system modernisation – which appears on the list as two projects – and remote ICT capability enhancement program (RICE).

The Department of Agriculture, Water and the Environment is responsible for four projects, including the build of the country’s new biosecurity system and export certification modernisation.