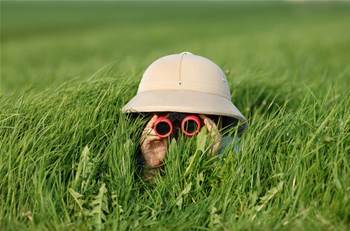 The Digital Transformation Agency has revealed the dollar value of current IT projects across the federal government for the first time since 2018.

In its 2019-20 annual report tabled on Tuesday, the agency said its watchlist of active IT projects was collectively worth $7.4 billion when tallied at the start of 2020.

The figure is slightly lower than in 2017-18, when the DTA last said it was monitoring 84 IT projects valued at $7.76 billion. No similar amount was provided in the 2018-19 financial year.

The DTA’s digital governance and investment division began monitoring government IT projects worth more than $10 million using agency self-assessments in 2017.

Projects were previously categorised in three tiers, with those deemed the most high-risk falling into the ‘engage’ category, though this information is no longer disclosed publicly.

In 2018, the DTA’s high-risk watchlist consisted of 14 projects, including the Department of Defence’s heavily-delayed $1.8 billion ‘terrestrial communication project’.

During 2019-20, the DTA said it engaged with 26 agencies on 48 in-flight digital and IT-enabled projects to “promote better practice project management and support … teams”.

One such project was the Australian Bureau of Statistics’ digital Census solution, which is expected to be piloted as part of a large-scale 2020 Census Test later this month.

“We ran a health check against the Digital Service Standard for the team’s service design and delivery, and recommended areas to focus on moving to the beta stage,” the DTA said.

“We provided ongoing advice and support as the team progressed through the beta stage and will conduct another health check in the coming months.”

The DTA also engaged with a further 36 agencies on 50 projects, providing advice to assist with development of new digital investment proposals.

“We provided advice to assist agencies to develop proposals that align with whole-of-government digital and ICT-enabled initiatives,” it said.

The DTA also coordinated seven assurance activities across three major digital investments to assist agencies manage key risks, though did not elaborate on the nature of these projects.

The report also reveals that the agency’s staff turnover has stabilised after climbing to its highest level in 2018-19.

However, this stability is likely to be relatively short lived, with the agency now expected to lose 16 percent of its workforce, or more than 30 staff, before the end of this financial year.

Public servants trained up in cloud

Elsewhere in the report, the DTA reveals 350 public servants from across 35 agencies have now undertaken the Azure Technical Academy cloud training course.

The program, which was established in April, is aimed at uplifting the skills of Australian Public Service (APS) staff in technical IT roles to support the government's cloud shift.

Another 750 staff attended free Azure foundation training that was promoted through the program.