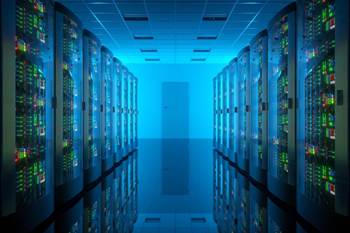 The Australian Taxation Office is preparing to move out of Global Switch’s Sydney-based data centre after signing a $73.1 million hosting deal with Canberra Data Centres.

The 10-year contract published last week will see the national revenue collection agency migrate its on-premise IT equipment to one of CDC's Canberra-based facilities in the second half of 2020.

Global Switch has been home to one of the ATO’s two data centres over the last decade under the agency’s $2 billion centralised computing agreement with DXC Technology.

Other agencies that use Global Switch - which became majority owned by Chinese steel maker Shagang Group last August - are also in the process of relocating.

It follows a government directive, which according to the Australian Financial Review, demands that agencies leave the data centre by September.

The ATO secured $70 million in last year’s 2019-20 federal budget to prepare for the data centre migration.

The funding was expected to cover the cost of developing a second pass business case to  “migrate from its existing data centre provider to an alternative data centre facility”.

Chief information officer Ramez Katf told iTnews last year that the agency would use the migration as an opportunity to “fundamentally” reevaluate its infrastructure environment.

“It’s not what you might call a traditional lift and shift,” he said at the time.

The contract - the largest data centre lease to be signed by CDC to date, according to AusTender - comes as the agency increases its reliance on public cloud service.

Contracts with Amazon Web Services, Microsoft and Macquarie Government have climbed drastically over the last three years, partly due to the December 2016 SAN failure.

An ATO spokesperson told iTnews that the ATO’s other existing data centre floorspace contract with CDC would be unaffected by the new contract.

“DXC contracts data centre space at Eastern Creek from CDC and GSU for the ATO from Global Switch. This contract will replace one of those data centres,” the spokesperson said.

“ATO’s other data centre will continue to be contracted through its Centralised Computing contract with DXC. DXC contracts this data centre space from CDC.”

CDC has three sites spread across Hume and Fyshwick in Canberra, and Eastern Creek in Sydney. The Eastern Creek facility was purchased from DXC in 2018.

The data centre migration project forms part of the ATO’s ongoing IT outsourcing shakeup, which will see the agency adopt more flexible contracts over the next two years.

In December, the agency approached the market to replace the first major agreement - its long-running managed network services megadeal with Optus.

The contract has been in place since the ATO split up its former IT outsourcing agreement with IT services company EDS (now DXC) in 2009.

Other bundles expected to be market tested before the end of 2021 includes the DXC centralised computing agreement, which last year was extended until July 2023.