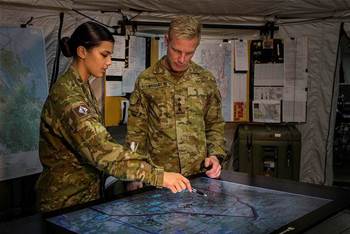 Learning centres to use system from April.

The Canberra-based cloud provider will “implement and sustain” the system on its secure cloud capability over the next three years.

TechnologyOne’s EducationOne software platform was chosen as the basis for the system last October following a proof of concept in 2017.

The new Defence-wide system will replace more than “50 separate databases, spreadsheets and other software programs” that have been developed by individual Defence learning centres.

These systems currently lack the ability to interact with the Defence Human Resources system.

“The new platform will enable us to streamline student administration and better track the qualifications attained by our people throughout their Defence career,” he said.

The remaining 112 centres will then follow over the next two years.

Sliced Tech, along with Vault Cloud, were the first two cloud service providers to gain protected-level certification from the Australian Signals Direction in March 2017.