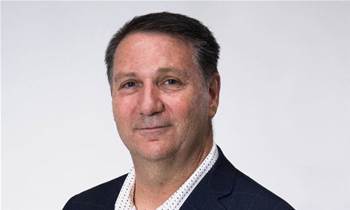 Fechner will join the agency next month to replace former chief Randall Brugeaud, who stepped down in June to head up the government's new Simplified Trade Systems Implementation Taskforce.

He takes the reins from deputy CEO Peter Alexander, who has been steering the DTA as it undergoes its most significant restructure since taking the place of its predecessor, the Digital Transformation Office.

In the past few months, and following its shift to the Department of Premier and Cabinet, the agency has lost its delivery and digital identity functions to Canberra’s biggest service delivery agencies.

It has also offloaded training programs, the much-maligned COVIDSafe contact tracing app and formally discontinued the government’s design system and other platforms like notify.gov.au.

But the DTA has also picked up new work in the form of the ICT investment approvals process from Department of Finance, which means that the agency plays a role in the entire investment lifecycle.

Fechner joins the DTA from the Queensland government, where he has spent the past year-and-a-half as the state's inaugural chief customer and digital officer.

He was tasked with leading the development of customer-focused government digital services for the state after it was recognised as having not kept pace with other states.

Prior to becoming the chief customer and digital officer, Fechner spent just under a year as Service NSW’s chief digital and product officer.

Employment minister Stuart Robert, who oversees the federal government’s digital agenda, welcomed Fechner's appointment, which he said will help the government on its path to becoming a leading digital government.

“Fechner will bring proven and strong leadership to the DTA, as it plays its key role in our ambitious push to become one of the top three digital governments in the world by 2025,” Robert said.

“A key part of this ambition is delivering simple, secure and trusted digital services, making it easy for people and business to deal with government."

Robert thanked Alexander for “his strong and effective leadership of the DTA in recent months”, as well as Brugeaud.

Fechner will start on October 13.