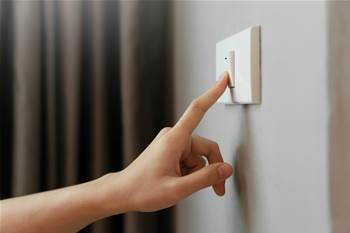 The Digital Transformation Agency has quietly killed off the last of four Turnbull era whole-of-government pilot platforms, as work ramps up on the $200 million-plus myGov portal rebuild.

In 2017, the agency was funded to the tune of $33.5 million through the Commonwealth public service modernisation fund to develop a pilot set of reusable government-wide platforms over three years.

The platforms, offering tell us once, notifications and payments functionality, were pitched as a blueprint for departments and agencies at federal, state and local jurisdictions to develop their own services.

The most successful of the platforms was the notifications platform, called Notify.gov.au, which allowed agencies, particularly those without existing channels, to send reminders and messages via SMS and email.

The platform – which was the only one of of the four to reach public beta – was built by a team of four over eight weeks using the UK government’s open source Notify product as the foundation, costing just $150,000.

It was extended to federal, state and territory and local governments across Australia for free in March 2019, an offer that more than 100 agencies answered within just three months. At its peak, the platform was being used by 130 agencies.

But last month the DTA quietly “retired” Notify.com.au, marking the official end of the platforms program of work, with agencies wanting access to such platforms now asked to develop their own from GitHub resources.

“These platforms are now ready for others to take forward,” the agency said in a note published on its website.

“The DTA will not be undertaking any further development for these platforms but we are now sharing to other government agencies the materials developed during the program through our GitHub open source code repository.”

It is the latest program to have wrapped up or moved out of the agency in recent months, with a significant restructure now shifting the focus away from its original digital service delivery purpose.

Since moving back to the Department of Prime Minister and Cabinet in May, the DTA has lost responsibility for major delivery functions and, most recently, the Australian Public Service digital profession.

A spokesperson told iTnews that while “the DTA will no longer operate the platforms”, the agency will research findings and other concepts would be used as part of the government’s redevelopment of myGov.

“Overall the program demonstrated that reusable and interoperable platforms could improve the delivery of government digital services," the DTA said.

"These concepts and findings are being used to guide the future of myGov through the myGov Beta project."

myGov Beta – or the government digital experience platform (GOVDXP) as it is otherwise referred to – promises to give citizens a single, personalised view of all of their interaction using a familiar, almost social media-like layout.

Deloitte has developed much of the platform to date after scoring an initial $1 million contract early last year to build the GOVDXP prototype that currently runs in parallel with the existing myGov portal.

But contracts with the consulting giant - which was also the first system integrator to join a multi-vendor panel arrangement that will be invited to bid for integration work - have ballooned to more than $40 million since the work began.

Last month, Services Australia revealed Accenture, IBM and Arq Group as the final three system integrators to join the panel, which will be used to develop the integration layer that sits over Services Australia’s existing myGov systems and its services.

As revealed by iTnews, Deloitte will also design, develop and deliver a myGov mobile application, which is expected to work hand-in-hand with the Australian Taxation Office’s opt-in myGovID digital identity credential.

The government set aside $200 million over the next two years to make myGov a “single front door for government”, taking an approach that is “not dissimilar to what Service NSW has done”, according to employment minister Stuart Robert.

Copyright © iTnews.com.au . All rights reserved.
Tags:
clouddtafederal governmentgovernmentitmygovnotificationsnotifypaymentsplatformsoftwarestrategytell us once