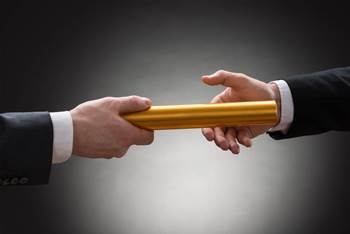 Health department to take over.

The Digital Transformation Agency will cede all responsibility for the much-maligned COVIDSafe contact tracing app to the Department of Health at the end of this month as its "significant" restructure continues.

As the government’s lead IT agency, the DTA was tasked with the development and operation of COVIDSafe in the early stages of the pandemic last year, including the app and national COVIDSafe data store.

The data store, which is hosted in Amazon Web Services, stores personal information like names and phone numbers, as well data collected through "digital handshakes" or encounters with devices.

But with COVIDSafe now operating in what former CEO Randall Brugeaud described as a business-as-usual mode, the DTA has now transfered all responsibility to the Department of Health.

The transfer was revealed in the DTA's recently released corporate plan for 2021-22 as having occurred in July, but a spokersperson told iTnews the switch will not formally occur until October.

While Health has always been the COVIDSafe policy owner, it will be the first time that the department has added development and operations to its remit, and comes at a time when COVIDSafe is facing calls for a significant overhaul.

As part of its new-found remit, Health will also become the national COVIDSafe data store administrator with responsibility for AWS cloud hosting costs that currently sit at around $60,000 a month.

The transfer is part of a wider restructure, prompted by a machinery of government change in April that saw the DTA shift back to the Department of Prime Minister and Cabinet, a move that has seen the agency lose other delivery functions.

DTA takes on IT investment approvals

The corporate plan also reveals a number of other changes to the DTA’s remit as part of the restructure, the most significant of which is responsibility for the ICT investment approval process.

The ICT investment approval process, formerly known as the ICT two pass review process, is part of the budget process, and, therefore, was previously the responsibility of the Department of Finance.

It was one of the last vestiges of government IT responsibility that remained with Finance when the DTA was tasked with IT policy and procurement as part of its last major restructure back in 2018.

With the DTA already monitoring all government IT projects worth $10 million or more through its investment division, the change means the agency now oversees the entire investment lifecycle.

But Finance has not come away empty-handed from the DTA restructure, scoring responsibility for government domain names in return.

The corporate plan also shows that PM&C and Services Australia will share responsibility for determining content and the delivery of Australia.gov.au, respectively.

The DTA’s former data functions have been split between the Australian Bureau of Statistics (data.gov.au) and Geoscience Australia (National Map).

As previously reported by iTnews, delivery functions related to digital identity have been handed to Services Australia and the Australian Taxation Office.

Services Australia and the ATO are the natural home for delivery, as they already operate the identity exchange and run the government’s sole identity provider, myGovID.

The Australian Public Service Commission will look after the Australian Government Style Manual, in addition to the digital profession program.

DTA acting CEO Peter Alexander said the “significant changes” had “strengthened the DTA’s mandate” and were a “significant vote of confidence in the DTA’s ability”.

“The DTA has changed from a focus on delivering digital and ICT projects to being a trusted advisor to government on strategic planning, investment, contestability and assurance,” he wrote in the report’s forward.

“Our position within a central agency will accelerate our efforts to identify opportunities for reuse and increased interoperability across government to further improve the way in which services are delivered.

“This is an opportunity for the DTA to accelerate digital transformation by ensuring the digital and ICT strategies, policies and standards are aligned throughout the entire policy process.

Alexander added that the agency is currently “restructuring our workforce, resources and capability to align with this new strategic leadership role”.