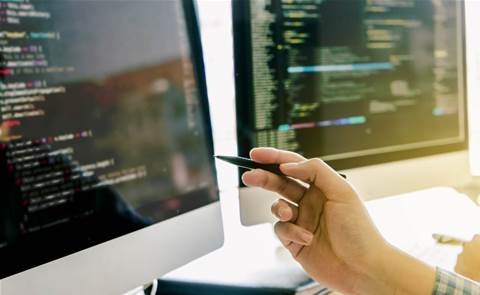 Leaves agencies to their own devices.

The Digital Transformation Agency has abruptly “decommissioned” the government’s open source design system, threatening the future stability of more than 100 sites and services that currently use the code library.

The government’s peak IT agency revealed plans to end the design system - called AuDS - last week as part of an ongoing restructure that has already claimed major service delivery functions.

From the end of September, the DTA will no longer support AuDS’ GitHub repositories, leaving no official body to resolve issues or apply fixes as they crop up or accept pull requests.

But exactly what those alternative arrangements are and why AuDS did not shift to the home of hosting and content management system GovCMS at the Department of Finance remains unclear.

The DTA did not respond to a request for comment prior to publication.

AuDS was first released in 2018 to bring consistency to government websites and services by giving designers and developers access to a set of reusable user interface components.

It evolved from an earlier iteration developed by the DTA’s predecessor, the Digital Transformation Office, called UI-Kit to underpin the single government website project gov.au.

But when gov.au was infamously dumped in 2016, AuDS – the first design system by any government – was seen as a consistent way to ensure agencies improve their user experience.

Since then, it has become popular among agencies, with the various components and templates understood to have been used in more than 100 government websites and services.

With agencies continuing to use AuDS, the DTA’s decision to withdraw involvement has left designers, developers and other users in individual agencies to pick up the pieces and go it alone.

Almost immediately after the announcement, the Department of Agriculture, Water and the Environment (DAWE) approached the market for a developer to support its iteration of AuDS.

“The DAWE requires a design system to enable our designers and developers to efficiency create high quality, inclusive, consistent experiences for our agricultural export services,” the brief reads.

“AuDS is foundational to many Australian government design systems, and we want to ensure the positive aspects of AuDS are maintained and developed further.

“Our intent is to maintain and build on the design principles, code base, inclusive design (accessibility) and technical implement of AuDS.”

A community of experts has also since banded to together to establish a de-facto group of maintainers to provide long term certainty to the system and prevent sites from breaking.

“Despite its perpetuity, without project maintainers, the reintegration of code such as bug fixes, improvements and features is not able occur,” the group said last week.

“The absence of central planning and decision-making is another issue.

“This combination puts downstream dependents at risk of needing to rebuild foundational aspects of their website to work around problems.”

The group is planning to shift AuDS to a new home on GitHub, where it will provide “permanent ongoing management of and support for AuDS, ensuring it will remain a viable solution”.

“AuDS is too valuable to not have an active and empowered maintainer group. We believe that to secure the future of AuDS, it must move to a community-driven open source model,” they said.

Following publication, the DTA told iTnews that "thanks to the community-based approach of the design system, its value now resides in the agencies that continue to use it as a basis for their own websites and services".

"The response from the community has continued to be strong following the decommissioning, and a group of the community are planning to continue working together to share updates to their own design systems," a spokesperson said.

"This cements the value of a community-based approach such as was used on the design system."