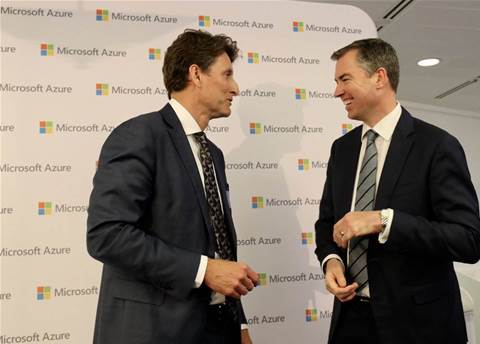 Leads adoption for other agencies.

The government's lead for IT policy and procurement will shortly deploy the vendor’s secure email and collaboration platform Office 365 across its Canberra and Sydney offices.

It follows a successful pilot with 20 staff, which the agency will now expand to 40 users before deploying the solution across the entire agency by the end of the year.

Both moves by the hyperscale provider are aimed at servicing the mission-critical workloads of government, as the public sector increasing looks to adopt both private and public cloud services as directed through the government’s cloud strategy.

But it was not without controversy, with agencies told to use additional security controls before committing workloads to the new protected-level public cloud instances.

The Office 365 solution - developed for the DTA in partnership with Delivery Quality Assurance - will serve the agency’s day-to-day operations, providing staff with access to Exchange Online, including SharePoint, Skype for Business and Azure services such as Azure Key Vault and Azure Active Directory.

It will also act as a secure collaboration platform for interaction with department on government-wide transformation initiates such as the Govpass digital identity program.

Minister Assisting the Prime Minister for Digital Transformation Michael Keenan said the agency’s early adoption of protected-level cloud services would “serve as a ‘proof point’ for other agencies seeking to harness the benefits cloud systems can deliver”.

The new platform is also expected to increase productivity for staff, he said, while reducing the costs for the agency.

“The change will result in improved functionality and productivity, eliminating the need for staff to jump between different systems, depending on the security classification of the work being conducted,” he said announcing the take-up in a statement.

“The old arrangements required staff to maintain two separate email accounts, as well as separate logins, passwords and calendars, which will no longer be necessary on the protected platform.”

There is also the potential for the solution to be extended to other similar sized agencies in the future.

“The solution that Delivery Quality Assurance has developed for the DTA demonstrates to other Agencies how to establish a cloud based, Protected computing ecosystem that can support inter and intra department communication and collaboration and drive enterprise efficiency,” Microsoft Australia’s public sector director George Stavrakakis said.