Microsoft switches on Azure in Canberra 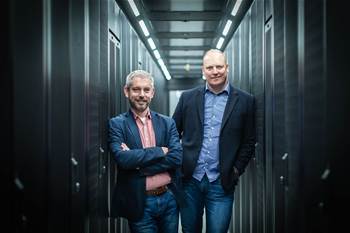 iTnews revealed Microsoft's intention to establish data centres in Canberra - a bid to lure more federal government agencies to the cloud - last August. The move also gives Microsoft a jump on Amazon Web Services, which has Direct Connect through NextDC but no data centre in the region.

The facility will initially target existing Canberra-based government and critical infrastructure customers with mission-critical applications and workloads, who until now have been hosted in Microsoft’s existing Australian public cloud data centres in Sydney and Melbourne.

These customers will be progressively migrated to the two new regions – dubbed Azure Australia Central – for applications that require the high availability, low latency and disaster resilience offered by CDC.

“We chose data centres that are already designed for critical infrastructure, that are already accredited for the handling of secret defence classified data, and currently process a lot of that data across the federal government,” he said.

CDC, which already has a large contingent of government customers, will offer users the ability to co-locate their exisiting systems or private clouds within the same facilities and connect directly to Azure.

This is designed to help agencies modernise critical applications.

“It means a customer could bring their mainframe and run it directly connected to the public cloud, and progressively take workloads and functions off the mainframe and at a point in time remove the mainframe,” Kavanagh said.

Microsoft's push into Canberra has been fuelled by the public sector's increasing demand for cloud services.

It follows the release of the federal government's new cloud strategy, which reiterates the need for agencies to use cloud services – particularly public cloud – for new or modernised services where appropriate.

Major agencies including the likes of the ATO - which is increasingly using Azure for some of its critical applications - DHS, Home Affairs, and the ACT government are expected to be some of Microsoft's first customers to move within Azure Australia Central.

Microsoft will also look to host critical applications and workloads from state and territory governments, the New Zealand government, and national critical infrastructure organisations such as utilities and banks in the region.

The new facilities will give customers immediate access to 47 local and international partners - many of which already do business with government - who will leverage the Azure platform to deliver their applications and services.

These include system integrators and managed service providers such as Accenture, Leidos and DXC, who Kavanagh says will “continue to deliver those [services] at protected and unclassified level to their customers, and will even migrate a lot of infrastructure across on to Azure to be able to do that".

Global and niche software providers such as SAP and Veritas are also represented, as are open source partners like RedHat.

Kavanagh said Microsoft planned to enable a much broader ecosystem over the coming months and years.

“That’s just the beginning, that’s day one,” he said.

“We have a pipeline of hundreds who want to come on to this, and we’ll progressively on-board them."

“Historically each one of those [partners] had struggled to do business with government because it would require them personally to accredit the facility, to accredit the platform or the systems or maybe manage them themselves, and then actually accredit their software,” he said.

“However here because 90-95 percent of all the hard work has already been done, up to 400 of these organisations that have never really had the opportunity or access to government because it’s all too difficult can suddenly and very rapidly and very inexpensively get accredited to be able to work with government.”

The company also today announced it had received 'protected' level certification from the Australian Signals Directorate.

The company received its 'protected' IRAP certification approximately 12 months ago.

Until today there were only four cloud providers certified to handle protected-level data: Vault Systems and Sliced Tech, and more recently Macquarie Telecom and Dimension Data.