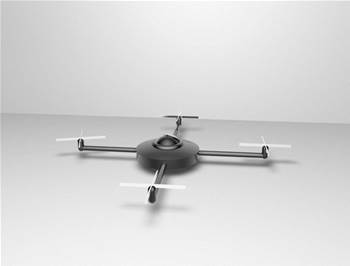 Emergency Services could soon predict where the next bushfire will hit and how quickly it’s likely to spread, thanks to advances in modelling software and improved handling of large volumes of data.

If political and regulatory issues can be overcome, new data is likely to be delivered via the use of unmanned aerial vehicles, more commonly known as drones.

Drone technology could be used to inform where a fire is and where it is going, said bushfire modelling expert Dr Thomas Duff.

Dr Duff is part of a team at the University of Melbourne working on the Bushfire Cooperative Research Centre’s Phoenix RapidFire system, which maps critical fire data, Bureau of Meteorology weather data, topographical information and on-ground fuel data in digital format to help authorities predict the path and intensity of fires.

For example, fire authorities would be able to take into account crops being harvested or grass being at a dry stage using data gathered by drones or satellites.

Phoenix RapidFire software, developed after the Black Saturday bushfires that took 173 lives in Victoria, can deliver a prediction of the impact of a fire within four minutes. The previously manual process took far longer and delivered a range of vastly different scenarios.

“You can provide the model a set of conditions and a location and it actually spreads the fire in virtual time to show where the fire is likely to impact. You can run that model over and over with different conditions to find out where your most sensitive areas are,” Dr Duff said.

“We’ve been improving the technology, working on the science on what works inside the model to make it more reflective of what happens in reality.

“Every time we get more information we can tune the model to make it better.”

And to get that data, it’s only a matter of time before drones play a role, said Dr Duncan Campbell, who heads up the Australian Research Centre for Aerospace Automation.

“From an aircraft point of view and a sensing point of view the technology is there," he said. "The big issue is the use of the airspace and that comes down to regulatory issues."

Amateurs have also taken to the UAV craze: this Tasmanian resident used a Quadcopter to film bushfire damage in Dunally, Tasmania.

Despite the regulatory hurdles, Campbell is confident unmanned aircraft will be able to be used in bushfire surveillance and search and rescue scenarios within two years.

Campbell is part of a project partly funded by Boeing’s Australian research division, QUT and CSIRO that is researching fitting unmanned aircraft with smart technologies to enable them to both sense and avoid other aircraft and to land safely in emergencies – two of the key impediments standing in the way of the greater use of drones in civilian airspace.

The other alternative for data collection on bushfires is via military grade drones that operate at higher altitudes than passenger aircraft.

The Department of Defence’s Air 7000 project is currently considering the purchase of a high altitude long endurance unmanned aerial system that could perform all-weather, long endurance surveillance and reconnaissance over land and sea.

Global Hawk aircraft similar to these were used in the relief effort after the Japanese tsunami disaster.

“People are familiar with the military operations… they’ll be a very expensive scenario,” Campbell said.

“What we’re more likely to see in Australia are the smaller machines in the order of a few 100 kilos, flying a lot lower.”

Campbell said sensor technology had come a long way in recent years, with the cost of multispectral and hyperspectral sensors and thermal imaging becoming cheap and light enough for use in small aircraft.

With sensor technology readily available, the issue then becomes data storage and retrieval. This can be done either by storing the data on the aircraft, or providing a link to a live stream of raw data.

“The common practice is: for short range and relatively low bandwidth we can do data links. If there’s more distance then you see on board storage happening,” Campbell said.

And for those who can imagine a world where drones fight fires without human intervention, the experts suggest we should think again.

“When you have a fire model there is going to be some uncertainty,” said Dr Duff. “There always needs to be a human element to interpret it all.”

Campbell said the crew for drone operations can involve multiple operators outside of the pilot, depending on the mission.