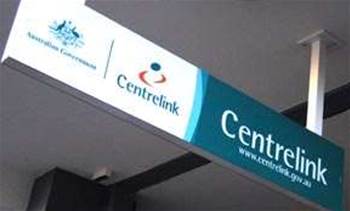 The Department of Human Services is looking at whether predictive analytics can help prevent “inadvertent overpayment” of benefits to welfare recipients.

The initiative is one of several involving artificial intelligence or advanced analytics that was revealed by the department’s head of enterprise architecture Garrett McDonald at IBM’s Think 2018 conference in Las Vegas.

Over the past year, the department has come under intense scrutiny over an automated, data-driven debt recovery program which came to be known as “robo-debt”.

It was largely built on earlier work around data matching that the department said had finally made it cost-effective to chase overpayments made to welfare recipients.

The new work aims to attack the issue of overpayments before they can actually occur, avoiding the need for recovery actions to even be initiated.

“We need to make it quite clear that given there are so many opportunities in our systems for people to end up with an inadvertent overpayment, [we are looking at] how can we help minimise the chance of that occurring,” McDonald told iTnews on the sidelines of the conference.

“How can we reach out and engage with them to try and minimise that adverse outcome?

“Ideally we just don’t want there to be a debt that needs recovering at all. That’s the model that we’re working on.”

McDonald suggested the analytics would be targeted to recognise and flag things in an individual’s circumstances that could cause problems down the track.

“For example, in the social welfare space we have a requirement for you to provide an estimate of the income you expect to earn over the next 12 months, and then based on what you actually earned through the year there can be an end-of-year ‘true-up’,” McDonald said.

“That creates a situation where if you underestimate [your income] at the start of the year, you can end up with an overpayment at the end of the year and we need to recover that.

“So what we’re looking at is how do we deploy predictive analytics so we can take a look at an individual’s circumstances, and say ‘what do you think the probability is that you may end up with an inadvertent overpayment and how can we engage with you proactively throughout the year to help true that up, so that you don’t reach the end of the year and have an overpayment that we need to recover’?”

McDonald said such a capability was not yet in production, and he did not indicate when it might be production-ready.

More broadly, he said the department had “a few initiatives on the go on how we apply machine learning, artificial intelligence, predictive analytics or next-gen advanced analytics [to] change the way we’re delivering services to citizens in Australia".

“How do we make it a more dynamic and tailored user experience?” he said.

DHS is known to be active in the deployment of virtual assistants, revealing last year it had four - Roxy, Sam, Oliver and Gus - for a mix of front-facing and back-office tasks.

McDonald said there were now six in production - though he later clarified to iTnews that included two versions of Oliver, the current as well as an upgraded version - and at least one other unnamed assistant.

More broadly, he suggested that a mix of machine learning and predictive analytics could eventually be used to get people off welfare altogether; what he called “self-sufficiency”.

“I see a lot more potential in the space between machine learning and predictive analytics,” he said.

“For many years we’ve been highly effective and very efficient at the delivery of our services, but ultimately if we can get someone back to self-sufficiency, they’re engaged in society, they’re contributing to the economy, and I think that puts everyone in a pretty good place.”

However, McDonald noted that such systems would be an augmentation to human decision-making; that is, he did not see AI being the one to make welfare decisions.

“Within our business lines we have room for discretion and human judgement,” he said.

“We don’t expect the machines will be making the decisions, but given the complexity and the volume of the policy and legislation, we do think there’s a considerable opportunity to use that technology to allow an individual to make the most informed and most consistent and accurate decision [about a case].”