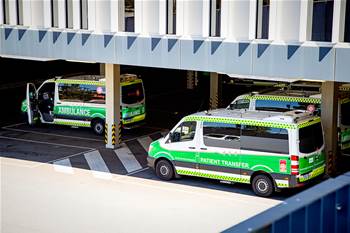 Western Australia’s health department has settled on SAP's SuccessFactors and Time Management by Kronos for its new $220 million state-wide HR, payroll and rostering system, with Deloitte to build out the solution by June 2025.

WA Health revealed the contract for the integrated HR management information system (HMRIS) on Thursday following a proof-of-concept that ran between April and September last year.

It followed an initial procurement for a single workforce system to serve WA Health’s 54,000-strong workforce in September 2020, funded with $8.5 million in the 2021-22 state budget.

Such as system was recommended in the government’s 2019 sustainable health review to replace four ageing HR, payroll and rostering applications – Lattice, Ascender Pay, ShiftMatch and RoStar.

Funding for the full overhaul – which will be provided from the state’s recently created digital capability fund – was allocated in the 2021-22 mid-year review.

Under the new contract, Deloitte will receive $166.5 million to “design, build, test and deploy the HRMIS by June 2025”, as well as provide support for up to 20 years.

SAP software licensing costs will, meanwhile, come in at an estimated $53.3 million for up to 10 years.

“This will enable WA health system employees to easily access information about their pay, leave and shifts securely on their own devices at any time,” the department said.

“It will support employees to move within the WA health system as part of an agile workforce able to respond to the changing health needs of the WA community.”

WA Health also said the move to subscription-based software would “provide greater flexibility and better value for money” in line with the government’s digital strategy.

The strategy, released in June 2021, promises to build “whole-of-government digital capabilities” to reimagine citizen-facing online services, which the government has already begun delivering.

WA Health’s shared services unit, the Health Support Service (HSS), will now begin working with Deloitte on the development and implementation of the new HMRIS.

Updated at 4:24pm AEDT to include additional information