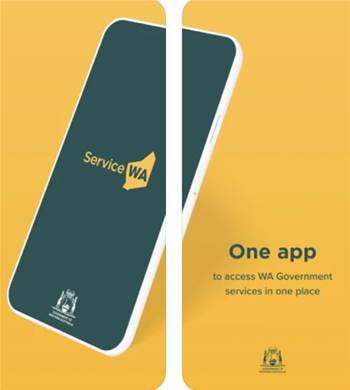 The WA government has launched a mobile app for citizens to check-in to businesses and show their Covid vaccine certificates that provides the foundation to deliver other digital services in the future.

The app also provides access to the border management system known as G2G Pass, which is used for interstate travel, and an inbox for receiving messages from the government.

It is not clear why the state government ditched the standalone SafeWA app in favour of a one-stop shop approach, though the identity requirements needed to access digital vaccine certificates is a likely reason.

State governments with existing service delivery apps like Victoria and NSW were the first to integrate proof of vaccination certificates in October 2021, followed by the ACT in November.

Unlike other state-based apps, however, the ServiceWA app uses the federal government’s myGovID credential, meaning users will need download a separate app to create a digital identity.

The government has warned that this complicates the process of creating a ServiceWA account, and has asked that users allow at least 30 minutes due to the identification requirements.

Users that had already created a myGovID said the process was simple and straightforward on Twitter, while some who hadn’t complained it was “annoying” and “impossible” to navigate.

Some users also reported being placed in a queue due the number of people attempting to set up a ServiceWA account.

Health Minister Amber-Jade Sanderson said ServiceWA would “simplify the check-in process”, as the state prepares to open its border on February 5.

“With changes in our Covid response... the ServiceWA app is the best way forward in making out transition as convenient as possible and helping to keep our community safe,” she said.

“The app has the capacity to accommodate additional Covid-related services in the future.”

The government said the standalone SafeWA app will remain an option to check-in at businesses, but will eventually become out-of-date.

The creation of a single app for West Australians to access vaccine certificates and check-in to businesses provides a foundation for the rollout of additional digital services in the future.

Until now, the government has been slow to offer citizens digital services like its neighbours on the East Coast.

But with the creation of the $500 million digital capability fund aimed at accelerating IT system upgrades in last year’s budget, Premier Mark McGowan is hoping to change that.

With the mid-year budget upgrade last month, more than half of the new funding has now been allocated to projects.