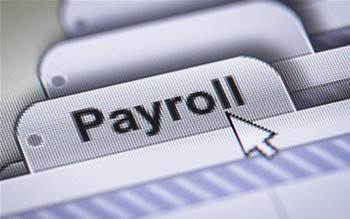 The WA government has handed out more than half of its $500 million digital capability fund in the mid-year budget update, with new investment flowing towards legacy IT system upgrades and new cyber security capabilities.

Almost $277 million in funding was allocated from the newly-created whole-of-government fund in the mid-year review [pdf] last week to jumpstart the state’s digital transformation efforts.

The digital capability fund was established in the 2021 budget earlier this year to improve government service delivery, enhance cyber security and address legacy by upgrading systems

At the time of the budget, however, the government had set aside only $35.7 million from the fund, leaving the bulk – including $200 million for unnamed health IT projects – to future years.

With the release of the mid-year review, the government has now revealed the $200 million health IT project is WA Health’s payroll, rostering and human resource management system overhaul.

The funding for a new cloud-based system, to be provided over the next four years, includes a $158.3 million asset investment and $41.7 million for recurring expenditure, according to budget documents.

WA Health has been trialling a new SAP and UKG-based integrated HR, payroll and rostering solution at three of the state’s metropolitan and regional public hospitals since earlier this year.

The remaining $76.9 million allocated from the digital capability fund in the mid-year review will go towards 13 projects across a number of different departments and agencies over the next four years.

The government said the projects would “build whole-of-government services such as digital identity, online payments and smart forms, as well as cyber security capability”.

It is the first significant funding for cyber security since the DGov secured $1.8 million in last year’s budget to establish a cyber security operations centre.

The funding will be used to “significantly expand the operations of the WA government security operations centre”.

DGov will also get $3.8 million to “support central digital platforms”, including “digital identity, unified payments and the use of digital forms to replace paper-based processes”.

Common platforms are the centrepiece of the state’s recent digital strategy, which envisages reimagining citizen-facing online services through the single government website, WA.gov.au.

The government said remaining digital capability funding, which amounts to $187.4 million, is expected to be allocated to additional IT proposals in future budget years.

“All ICT proposals are assessed using a consistently applied framework to support better decision making and more strategic investment in digital technology across the public sector”, it said.

“The framework assesses projects against their alignment to government priorities, impact on service delivery, achievement in terms of readiness to deliver, and contribution to risk mitigation.”