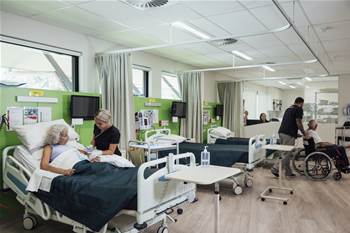 WA Health has selected Deloitte to trial a new SAP and UKG-based integrated HR, payroll and rostering solution at three of the state’s metropolitan and regional public hospitals.

It follows a six-month procurement for an integrated solution to serve its 50,000-strong workforce, a key recommendation in the governments sustainable health review.

The 2019 review called for widespread IT reform across the health system, including replacing four ageing HR, payroll and rostering applications with a single workforce system.

As part of the testing, Deloitte will demonstrate the capabilities of its proposed system, which uses software from SAP – namely, SuccessFactors – and UKG (formely Kronos).

It will do this through simulated HR and payroll activities with selected staff at Royal Perth Hospital, Broome Health Campus and Derby Hospital between April and September.

The proof-of-concept will also allow WA Health to “rigorously test and evaluate the system’s suitability in meeting the workforce requirements”, the government said.

The process has previously been capped at $250,000, with further funding for the build of the solution to be the subject of a future funding submission.

Health minister Roger Cook said he was pleased the government was “another step closer to identifying a modern and contemporary HR system”.

"This is a significant commitment and investment to transform and improve the WA health system payroll and HR systems,” he said.

"Undertaking a proof-of-concept process will enable us to test the practicality and feasibility of the proposed system to ensure it is fit for purpose."

The entire transformation of the four existing applications - Lattice and Ascender Pay for payroll, and ShiftMatch RoStar for rostering - is expected to run for five years.

WA Health expects to enter a contract of up to 20 years with the eventual prime contractor, which will take charge of implementation, integration and support.