Dell to shell out $91 billion to buy EMC 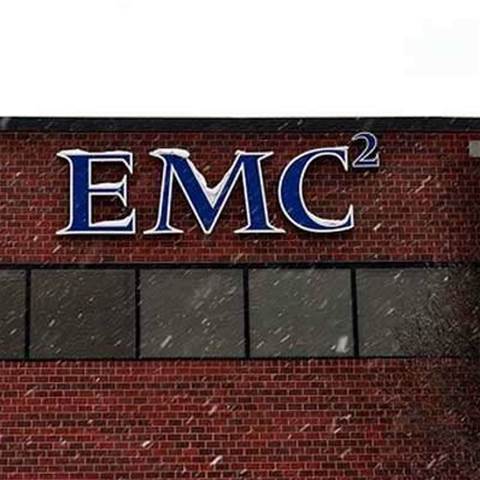 Computer maker Dell has struck a deal to buy data storage company EMC for US$67 billion (A$91 billion), setting an acquisition record in the technology industry as it tries to transform itself into a giant in the fast-growing market for managing and storing corporate data.

Tucci said he will continue as chairman and chief executive of EMC until the deal is completed.

He did not outline what his role would be after the transaction is completed, but added that Michael Dell will lead the new company from that point forward.

The deal should help privately held Dell, the world's third-largest computer manufacturer, diversify out of a stagnant consumer PC market and give it greater scale in the more profitable and faster-growing market for cloud-based data services.

That desire to reach beyond PCs - whose growth has been stopped by the rise of mobile devices - echoes moves by Dell's big rivals.

Hewlett-Packard, the number two PC maker, is splitting off its computer and printer unit this year to focus on the corporate data business. IBM sold its PC unit a decade ago.

By combining Dell's server businesses with EMC's storage and virtualisation assets, the new, enlarged company will have a broader range of products to challenge Cisco, IBM and Hewlett-Packard in the areas of cloud computing, mobility and cyber security.

"I don’t think either Dell or EMC were viable over the long run as a standalone; they really needed each other," said Eric Johnson, dean of the Owen Graduate School of Management at Vanderbilt University in Nashville, Tennessee.

"Dell was mostly on the consumer side, which is a terrible place to be. EMC had some enterprise products, but not the complete package."

The deal valued EMC at US$33.15 a share as of the end of trading on Friday.

Dell will pay US$24.05 per share in cash and will also give EMC shareholders a special stock that tracks the share price in VMWare, which is majority-owned by EMC.

The stock market gave the deal a lukewarm response. EMC shares rose 1.4 percent to US$28.25 after earlier jumping more than 2.5 percent. VMware shares plunged 10.7 percent to US$70.29, decreasing the value of Dell's offer.

VMware will remain a publicly traded company. FBR Capital Markets analyst Daniel Ives said shareholders were concerned, however, that VMware would lose talented employees amid uncertainty about their future under Dell, eventually hurting the company's performance.

They are also worried that Dell's plan to create a VMware tracking stock will hit its price as the size of the float increases dramatically, he said.

"This is a nightmare scenario for VMware shareholders. It ended badly for them, while EMC shareholders had a relatively good outcome," Ives said.

EMC's board has approved the merger and will recommend that shareholders do so as well.

Shop itself clause in deal

The merger agreement includes a 60-day 'go-shop' provision that allows EMC to solicit bids from other parties and pay a discounted breakup fee to Dell if a deal is made with another company, as reported earlier.

While IBM, Cisco, Oracle and Hewlett-Packard could potentially be suitors for EMC, the chances of them challenging Dell with a rival offer are slim, people familiar with the matter told Reuters.

The deal will be financed through a combination of new equity from Dell's owners - founder and chief executive Michael Dell, its investment firm MSD Partners, private equity firm Silver Lake and Singapore state-owned investor Temasek Holdings - as well as the issuance of the tracking stock, new debt and cash on hand.

Michael Dell, with the help of Silver Lake, took the PC maker private in US$25 billion deal two years ago.

The transaction is expected to close between May and October 2016, the companies said.