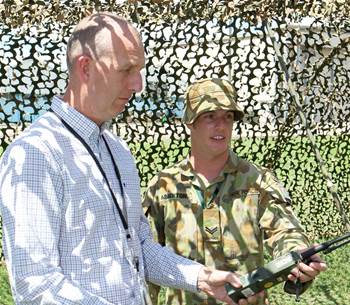 Lockheed Martin has been selected as the preferred vendor for the Department of Defence’s multi-million-dollar centralised processing contract.

The deal, one of three consolidated outsourcing bundles the department is progressively market testing, will assist Defence in its efforts to consolidate its data centre fleet from 280 to 11 domestic and three international facilities, and will see Lockheed Martin support its central infrastructure into the future.

A spokeswoman for the department said the contract value would not be released until Defence receives second pass approval from the Government to ink the deal, which is expected to come through in Q3 2014.

"The new centralised processing capability will improve Defence’s systems availability, reliability and security," the department said in a statement.

Last November, Defence CIO Peter Lawrence told iTnews  the process of decommissioning most of the 280 facilities - which has already begun - would pick up pace once a vendor to support the infrastructure was formally engaged.

His staff spent the Christmas break assessing final bids from Lockheed and IBM.

The competition had been narrowed to IBM and Lockheed Martin in September last year, when third bidder HP exited the negotiations.

Defence’s procurement reform program is part of a long-term effort to save the department’s mammoth IT shop $1.9 billion.

It plans to negotiate better deals with vendors by piling many of its diverse IT arrangements into three lucrative contracts.

The first of the three bundles to be successfully contracted out, for terrestrial communications, was awarded to Telstra in April 2013 for $1.1 billion.

Re-assessment of the third bundle, for distributed computing services across Defence’s expansive Australian sites, has been postponed until 2016.