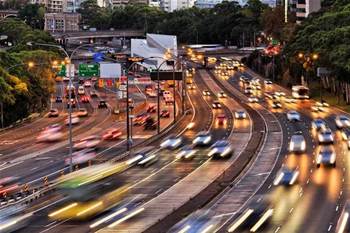 A hybrid cloud migration considered a “key pillar” in the modernisation of Transport for NSW’s IT landscape is facing significant delays and has already blown out by close to $50 million.

iTnews can reveal the business application hosting strategy (BAHS) program will miss its September completion date by several months after slow progress with the migration during the project's first two years.

The controversial deal with Indian IT services provider Wipro has also now climbed to $158 million – an increase of more than 40 percent since the contract was first signed in November 2018.

Under BAHS, Wipro will migrate all applications and data belonging to the former Roads and Maritime Services (now TfNSW's RDS division) into a hybrid cloud solution, with 30 percent of the work taking place overseas.

The program is effectively a carveout of the former 'making IT work for you' program, an equally troubled project that started life as the next generational infrastructure service (NGIS) project.

Major systems expected to migrate as part of the project include the NSW driver and vehicle IT system (DRIVES) database, as well those relating to speed camera management and facial recognition.

But documents obtained under the Government Information (Public Access) Act reveal the planned September completion is now “highly unlikely” after only 21 percent of apps were migrated by April.

According to a progress report [pdf] released to iTnews, 103 of the 131 apps were still waiting to migrate at the end of March 2021, with just under half yet to reach the application onboarding stage.

It led TfNSW to conclude “performance of the program is sub-optimal and the risk… will likely materialise to a critical issue preventing the program from delivering its scope by September 30, 2021.”

According to the report, the migration has been “slower than expected”, with only two apps and one integration platform migrating in March 2021.

TfNSW executives also admitted that progress would continue to be slow over the coming months, noting that just two of the 12 apps slated to be migrated in April were likely to do so.

“Throughput to the hybrid cloud remains low, further heightening the unlikelihood of concluding the program by September [2021],” the report said.

It also appears that at some point during the migration the scope of applications reduced from 220 to 131.

In response to the issues, the report shows the agency was planning “critical planning sessions to remediate the schedule health [of the program]” that it hoped would result in a way forward.

But despite this commitment, the schedule was expected to continue to track ‘RED’, with the delayed integration activities risking the schedule for decommissioning legacy apps.

“This may result in a delay to the end of the program, [and] risk associated with scheduling of the application planning not allowing for decommission priorities or reduced quality of deliverables.”

Resourcing has also been a concern due to “resource burnout caused by the reduced delivery timeframes and increasing workload” and “issues securing appropriate skill and capability” due to Covid-19.

While all cost details have been redacted in the documents, TfNSW has classed the program's financials as “AMBER” due to the “risk of further delays”.

It warned that budgeted funds, both CapEx and OpEx, will run out if the program is not completed by the end of December, with no further contingency available.

At the same time, the government’s eTendering website now shows that the value of the original $110 million contract with Wipro has climbed by 43 percent to $158 million.

Prior to the amendment, iTnews understands that more than 70 percent of the BAHS budget had been spent as at the end of March 2021, despite only 28 apps having migrated.

A TfNSW spokesperson declined to answer detailed questions about the program or the contract when approached, but said “completion [of the program was] expected within the next six months”.

It is not clear what the current health status of the program is or how many applications have now been migrated across to the hybrid cloud infrastructure.

The spokesperson also declined to say whether the number of applications in scope were reduced at any point.

At least some of the delay appears to stem from an “extended due diligence period”, while documents also blame the “refinement of the technical solution” for impacts to scope and costs.

Since publication, TfNSW disputed the BAHS program had suffered a blowout. The agency said that public disclosure of the project costs via the eTendering site actually contains three distinct packages of work that are not broken out. The agency declined to comment on questions about the increase in the cost of BAHS before publication.