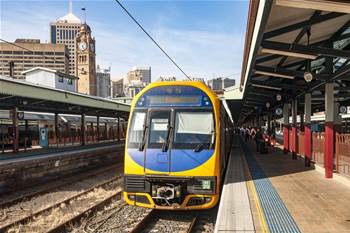 A review of Transport for NSW’s mammoth business systems overhaul has revealed critical problems with the $425 million IT project just months out from the expected completion date.

The project - which started life as the next generation infrastructure services (NGIS) project back in 2013 - aims to centralise the Transport cluster’s IT services and support, while consolidating existing IT networks and migrating all data and applications to GovDC.

IBM and NEC were each handed mega-deals for the data centre and end user computing components of the project in mid 2015, followed by Telstra and Optus for telco operations later that year, and UXC (now DXC Technology) for managed network services in 2016.

The project - which has since been dubbed ‘making IT work for you’ - was due for completion later this year.

But an FOI request by Greens MP Mehreen Faruqi has revealed the project will likely need to be rescoped, only a third of the way through deployment of end user services across the cluster.

This is despite more than 80 percent of the project's $425 million budget having been spent.

A February third-party report [pdf] into the project commissioned by Transport found the project’s “delivery to date is mainly transition of equipment and managed services with minimal transformation of environments”.

It also reveals the new IT service delivery operating model is facing “service performance issues... and significant challenges in remediating this situation”.

TfNSW engaged Third Horizon last November to conduct the review, which covered the "overall approach to the centralisation of infrastructure services" as well as the operating model and its implementation.

The firm found the project’s financial benefits were not being fully realised, and there was “limited remaining funding to deliver the required capabilities to successfully function as a service integrator”.

The report attributed this to “higher than expected technical debt” from both end of life and untransformed legacy infrastructure and the additional “technical complexity” from operating old and new infrastructure in parallel.

It revealed the department had put in place a freeze on any infrastructure upgrades that fell outside the $425 million program in 2013, resulting in "significantly aged infrastructure”.

The report also points to issues with "process maturity, governance and tooling" and its "limited suitability to the current environment", alongside poor vendor performance.

It recommended 'significantly reframing' the project into "discrete tranches".

The department should additionally consider alternative operating models, like outsourcing its service integrator functions and/or full IT service delivery - however the report noted this wouldn't necessarily fix the problems.

Faruqi said transport minister Andrew Constance had “misled the public by saying the project is on budget, when in reality the project is completely off-track and far from delivering outcomes”.

“The minister needs to come clean and say whether this project will ever be completed and how much more public money will be spent to fulfil the scope,” she said.

“The fact that they have kept it hidden from the public again points to a culture rife with cover-ups.”

The NGIS project is one of the government’s only IT projects missing from the state’s digital.nsw reporting tool.