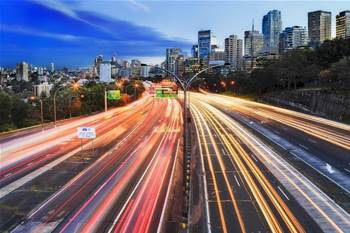 Thirty percent of work to be offshored.

A controversial NSW Roads and Maritime Services IT deal that will see a third of IT jobs sent offshore has been handed to Indian outsourcer Wipro, iTnews can reveal.

The $110 million contract for “application management services” was picked up by the technology services and outsourcing firm last November after a year-long procurement process.

It will replace existing arrangements with Fujitsu for the services, which will transition to Wipro by the end of 2019 and remain there for up to the next ten years.

A spokesperson told iTnews the partnership would “progressively upgrade and improve” the service management and operation of the agency’s IT environments, business data and applications.

A blend of public and on-premise/private cloud solutions will also be adopted by the agency under the contract.

However up to thirty percent of the work is set to be sent offshore under the deal – a proposal that was forshadowed by The Daily Telegraph last year when revealed the agency's requirement for “target offshore resource utilisation” to reduce costs.

The revelation led Minister for Roads, Martime and Freight to issues a media release stressing that there would be “no outsourcing of public sector jobs as part of [the] tender”.

But RMS this week confirmed that the contract would eventually see 30 percent of work offshored, though this would see  “no change to the total number of staff employed by Roads and Maritime IT”.

“This allows Roads and Maritime to access global technology services which complement and strengthen local content and jobs and ensure a flexible, agile and modernised approach to supporting business requirements.”

The spokesperson also emphasised that the contract stipulated that all data would remain onshore.

Wipro was selected from a number of technology service providers that reportedly included other Indian outsourcers Tata Consultancy Services and Tech Mahindra, as well as Fujitsu, Accenture and Datacom.