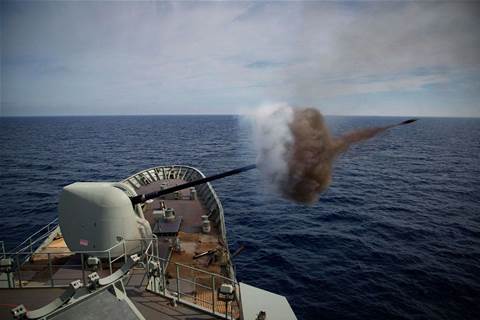 iTnews understands there have been three rounds of job cuts within the Telstra unit supporting the terrestrial comms deal - the Defence Engagement Business Unit (DEBU) - since the deal started to hit rough water.

The first was an attempt to turn the project around through fresh leadership.

Its casualties included the contract’s top executive, Michael Lawrey, who had successfully secured the deal. In his place, Telstra installed former head of its Westpac account, Kathryn Jones, who currently heads the DEBU as a director level executive, one rung down from the executive director position Lawrey once filled.

The executive cull also saw Luigi Sorbello and Isabel Frederick, among others, depart DEBU, according to the sources.

But the top-down refresh failed to have the impact Telstra’s chiefs had hoped, and insiders say the new bosses are repeating the same mistakes.

Faced with ballooning costs, the telco initiated a round of redundancies within DEBU in November last year, which cost another 11 jobs, followed in February 2016 when 20 or so roles got the chop.

“The redundancies only represent a small percentage of the entire project team and we have been able to reassign some of the impacted people within Telstra where possible,” the Telstra spokesperson said.

He said the DEBU squad, which started at 350, nearly doubled in size as the the project gathered momentum.

The official Defence line is that it remains unconcerned about the redundancies.

And Telstra said it would "continue to review the Defence Engagement operating model and adjust resourcing and skills as required, which is normal business practice".

The overwhelming consensus amongst insiders is that Telstra never fully comprehended the full complexity of the Defence environment.

Now, sources say, it has found itself struggling with far too much to chew.

The Department of Defence poses some unique challenges to a service provider - like a need to recruit scarce security-cleared resources and the kind of time-management pressure posed by a stringent approvals processes for even the smallest jobs on Defence barracks.

In response to questions on whether Defence would consider terminating the contract over Telstra’s failure to put forward a functional IOC in a reasonable period of time, or pursuing damages over the unachieved deliverables, Defence said it was "committed" to working with the telco.

“Telstra is one of the Department of Defence’s major suppliers and we remain committed to working with Telstra to deliver a communications network which can support Defence operations and business across Australia and overseas," a spokesperson said.

Insiders agreed Defence now had too much skin in the game to pull out.

Meanwhile, on the ground, Defence remains hamstrung by its legacy network environment, which places a big obstacle in the way of its lofty digital ambitions.

This includes a transformative IT program that is expected to cost in the vicinity of $17 billion over the next decade, and which is focused on delivering a coherent and integrated technology environment to the sprawling organisation, plus a new generation of digital innovations.