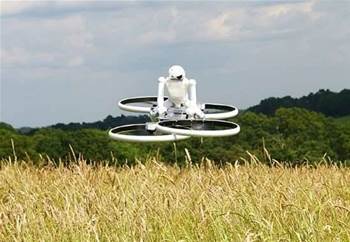 A magistrate's court in Perth has prosecuted WA drone manufacturer Cyber Technology for attempting to export thousands of dollars worth of sophisticated aircraft without approval.

Last Friday the company was ordered to forfeit drones and other unspecified electronics worth $80,000 that were seized by Customs in 2013. It was also ordered to abide by a 12 month good behaviour bond.

Unmanned aerial vehicles (UAVs) that can be controlled outside of vision range are included on the list of ‘Defence and Strategic Goods’ controlled under Australian law, alongside a range of bio-weaponry, ammunition and military-based technology.

Vendors must obtain a permit from the Minister for Defence or another authorised person before being able to export any of the listed items from Australia.

"Australian companies seeking to export controlled goods need to be aware of their export obligations, as failure to comply could cost them dearly and result in significant penalties," Custom’s WA regional commander Rod O’Donnell warned in a statement.

Cyber Technology has twice been caught trying export UAVs that exceed the scope of the export permit it holds.

In February 2013 a first shipment was uncovered by Customs officials on its way out of Australia.

Just one month later, a Cyber Technology employee was caught trying to travel overseas with the goods in their baggage. Both times the UAVs were seized by Customs.

The company has been charged on two counts of breaching the Customs Act and Section 11.1 of the Criminal Code, which carries a maximum penalty for a business of $2.13 million.

Cyber Technology’s website states that a quarter of its sales come from overseas, while the rest of its devices are used predominantly by fire brigades, power pole inspectors, miners and farmers.