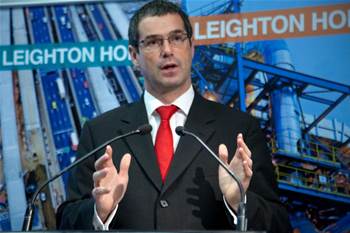 Communications Minister Stephen Conroy has revealed to the ABC that fears the national broadband network could be cherry-picked by Telstra pre-dated the current $36 billion plan announced two years ago.

Conroy's claims will be aired on ABC's investigative 4 Corners program tonight, according to a report on ABC's AM program today.

According to the ABC, the program will reveal the alleged reasons Labor scrapped its NBN1 proposal – a fibre-to-the-node network that would have used Telstra's copper for last-mile access.

According to the ABC, "expert" legal advice suggested the Government would have had to pay up to $20 billion compensation to Telstra for "misappropriating" the incumbent's copper under its FTTN plan.

The Government feared Telstra would use that money to cherry-pick profitable suburbs by rolling out a competing – but higher-speed - fibre-to-the-premises (FTTP).

Former Telstra group managing director of public policy Phil Burgess was said to have told the program that the Government's fears were well founded.

Telstra continued to argue recently that it should have the right to cherry-pick profitable areas before NBN Co reaches them.

The Government had sought to prevent that from occurring in the NBN Access Bill.

Anti-cherry-picking provisions were seen as essential to NBN's business model, which cross-subsidised infrastructure rollout in the bush with higher prices in city areas.

That cross-subsidy would be placed in jeopardy if private operators rolled out competing fibre infrastructure in city areas, then undercut the NBN Co's wholesale prices (since they did not have the same requirement to build out expensive regional networks).

The proposed cherry-picking rules came under sustained criticism from the industry, many of whom sought exemptions.

Conroy eventually watered down the rules to have them pass through the Senate.