Connxion pulls racks out of Global Switch and IBM 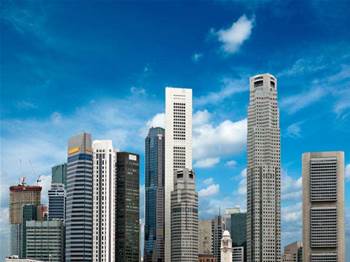 IT services firm Connxion will pull its racks out of two Sydney data centres and move them to Singapore after acquiring a facility there that was owned by Telstra's former IT services play Kaz.

Connxion purchased Kaz Singapore, inheriting the data centre that it will use to consolidate its future operations.

Telstra sold the Australian operations of Kaz to Fujitsu Australia in March 2009.

Instead, Connxion was interested in plant - specifically the data centre - in which to consolidate its future operations.

She told iTnews that Connxion plans to now pull its racks out of Global Switch in Sydney and IBM's Cumberland (Sydney) data centre and house all of its data at its new regional hub in Singapore, closer to the Asian market the company wishes to focus on.

"Connxion will be able to reduce its data centre costs and significantly increase margins on a number of its key contracts that use these services," the company said in a statement.

"We are looking at a transition of all data to our own data centres," Reynolds said, with data being progressively transitioned as contracts with IBM and Global Switch come to a close.

"We intend to buy more data centres to expand our reach in Asia."

Reynolds said the company had no plans to buy and data centres in Australia.

Financial terms of the transaction are yet to be finalised, and are expected to be financed from recent capital raisings, the company said.

Connxion has traditionally provided data centre and network services to media, telco and utility clients including Reuters and the Australian Stock Exchange, but is moving into the integration and application of new smarts for CRM systems that pull in customer information from Web 2.0 sites - what the company has coined "Customer Intelligence Services".