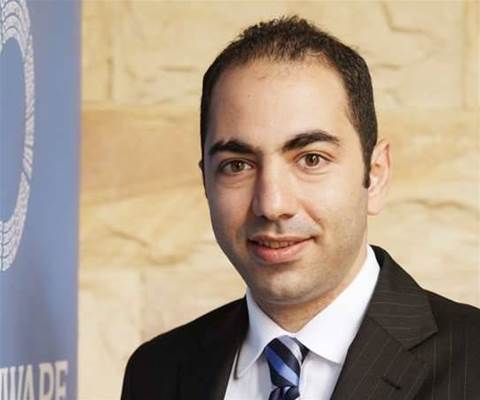 Tools can peer into virtualised systems and over WAN accelerated networks.

Compuware has announced that its application performance tools now have visibility into virtualised server farms and over WAN accelerated networks - two 'disruptive' technologies that had previously hampered efforts to give customers a complete view of an application's performance from data centre to end-user device.

For several years, Compuware customers that sought to measure the performance of applications hosted within a virtual machine had to write their own integration into VMware's management tool, vCenter.

Compuware had now integrated and certified its Vantage suite with vCenter and will "fully support this VMware out of the box," according to Rafi Katanasho, director of application performance management solutions at Compuware.

Katanasho said Compuware's tools could factor in the use VMotion - the ability of VMware administrators to move guests from one host to another within a virtualised server cluster - when making calculations.

Similarly, the impact of WAN acceleration technologies - which had previously proved elusive for Compuware's performance tools - could now be factored in.

"WAN optimisation alters the way traffic is sent across the network," Katanasho said.

"That provides a huge challenge for understanding the real user experience of an application. You need to understand what WAN optimisation is doing to that traffic to determine real world experience."

Compuware's tools were now certified with the WAN Acceleration products of Cisco Systems and Riverbed to factor in the impact of those technologies on application performance.

Katanasho said that both virtualisation and WAN acceleration technologies had enjoyed high rates of adoption among Compuware customers.

One in three customers, for example, had adopted both Compuware tools and WAN acceleration products.

"The key benefit is improved response times, without having to upgrade the WAN," Katanasho said.

"The customer expects a high return on investment from a response time perspective, and they need tools to verify response times before and after deployment. With Compuware's tools they can see it from a user's perspective, not just a network perspective."

Compuware also announced the availability of a new service which combined the intelligence of its Vantage suite - which measured application performance in a data centre behind the firewall and is usually sold on a per-license basis - and its Gomez 'last mile' suite, which was designed for measuring performance over the internet to the end-user.

Rather than integrating the data from both platforms onto one dashboard - which had been the custom since Compuware acquired Gomez - the company built an integrated appliance that sat within a customer's data centre and monitored the traffic traversing between the ports of a web application server (or load balancer) all the way out to the end user's device.

Compuware called this the 'Gomez Last Mile' and the service was targeted at customers with a "critical web presence."

The service was sold utility-style, without strictly meeting the definition of 'software as a service'.

The solution was SaaS-like, given that customers were still charged per measurement and per URL for the service (as is the case with Gomez today), and strictly speaking was not charged for the box. Compuware owned (and usually installed) the appliance in the customers' data centre.

But that said, customers were still expected to sign up to minimum 12-month contracts to justify Compuware's appliance investment.

Katanasho said the Gomez Last Mile enabled customers to truly "quantify the business impact" of a bottleneck in application performance - obtaining visibility of problems but also being able to determine how many users were impacted.