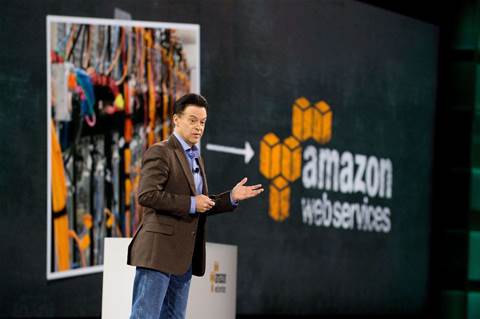 Suncorp has moved its first transactional systems onto the Amazon Web Services cloud as part of an 18-month plan to move 2000 applications from its data centres to AWS.

"We quickly realised that when you plan what to move, you also spend time talking about what can't be done, and that wastes time.

"We've made a bold and brilliant decision to say we can move everything. The broader your vision, the clearer your purpose," he said.

Smith spoke about the impact of agile methodologies (continuous delivery, DevOps) on the working culture at Suncorp.

The bank held an "Innovation Day" - a concept he borrowed from Sydney-based software company, Atlassian - in which 450 staff across ten locations spent 24 hours exclusively on how the bank might use AWS tools to build new services for customers.

Andy Jassy, senior vice president of Amazon Web Services, told the Re:Invent conference that Suncorp exhibited "a culture of innovation unlike anywhere I have ever seen in a large corporation".

"I'm super impressed with what Suncorp has done this quickly," he said.

Earlier in his presentation, Jassy outlined how AWS had adjusted its pricing strategy to win corporate customers like Suncorp.

AWS began seven years ago with per-hour pricing for compute and storage services spun up on-demand, and has since introduced discounts for customers agreeing to lock into an instance for longer periods of time ('reserved instances') and spot pricing, where customers can bid for the cheapest available capacity for running less critical jobs.

"We have tiered and volume pricing for large customers," he said. "Those relocating an entire data centre to us will often negotiate custom prices with us."

​Brett Winterford travelled to the Re:Invent conference as a guest of Amazon Web Services.