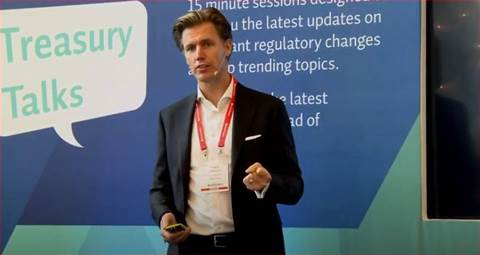 The Commonwealth Bank of Australia has doubled down on its fascination with how Scandinavian economies are quietly reshaping digital finance and commerce, luring across a key executive from Denmark’s Danske Bank to become its new chief digital officer.

Steel, who has traded in his banker’s chips to hit the consulting circuit with Boston Consulting Group, had been regarded as one of the key players in maintaining CBA’s technological competitive advantage over its rivals by creating new ‘sticky’ services that provided experiential reasons for customers to stay beyond price and scale.

Two of the big moving pieces in CBA’s digital playbook – aside from ambushing its rivals by breaking an unofficial boycott of Apple Pay – have been the relaunch of the bank’s core mobile app and its complimentary Benefits Finder service that helps eliminate friction in dealing with government.

While those advances have positioned CBA well for likely greater integration and automation of transactions between banks and government services like tax, welfare and property, the CBA has also been building a buffer against a heavy fall in once lucrative credit card usage.

The CBA’s major hedge against plummeting growth in credit card issuance – the bank is Mastercard’s marquee issuer in Australia – has been to take a 5.5 percent equity stake in high-profile Swedish buy-now, pay-later (BNPL) service Klarna, joining luminaries including rapper Snoop Dogg on the shareholder register.

Notably, Klarna’s Australian arm is a 50/50 joint venture with CBA, giving the bank skin in the game against the likes of Afterpay that have skilfully exploited the consumer shift from credit to debit instruments by foisting even more transaction cost onto merchants – though BNPLs argue it’s still a fair deal because their customers are trade retailers would otherwise never see.

While Afterpay might still have the halo of a local tech unicorn stock (though these days even church tech platform PushPay's market cap is more than $1 billion) Klarna is arguably a more developed, sophisticated and mature e-commerce ecosystem that lets retailers refine their digital offers for maximum yield.

At more than 15 years old, Klarna also appears to have a more socially conscious business model than some of its rivals, relying more on upselling its merchants than slugging customers with late fees to generate income.

That ethos is also more prevalent in Scandinavian and Nordic economies where government and financial institutions have traditionally leaned toward, or grown out of, a more collectivist environment like some European banks, a scenario more common in nations with smaller populations.

That’s not to say Scandi banks don’t have their own scandals, with Danske having one of the more conspicuous regulatory run-ins over €200 billion in transactions over nine years linked to Russian money laundering via its Estonian operation that broke cover in 2017.

While the Danish laundering scandal, like Australia’s, cost Danske’s former chief executive Thomas Borgen his job after an investigation, the stakes and players involved are in a whole different league compared to local thugs overstuffing ATMs with illicit cash.

Having triggered multiple raids and arrests across a number of countries in addition to embroiling other banks, the Danske scandal has not been without human cost.

In September 2019 Aivar Rehe, the former head of Danske Bank’s Estonian operation, was found dead at his home in Tallinn, with police reportedly determining the death to be a suicide, and prosecutors subsequently saying Rehe was not a suspect in their criminal investigations.

Denmark’s biggest bank in 2017 also retained the services of IBM-owned regulatory house cleaners Promontory Financial Group to run an independent investigation of how the laundering occurred, the same firm Westpac is using to get to the root of its problems.