Under the hood of CBA's US$300m Klarna play 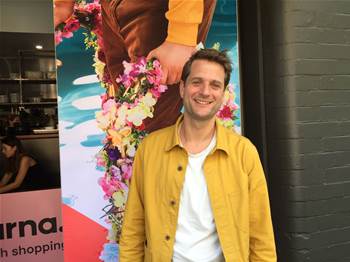 When it comes to launching new tech at the Commonwealth Bank (CBA), things are starting to move fast.

We’ll get to how the moment happened in a moment, but what Klarna’s local launch through CBA means for the Australian banking, credit, e-commerce and digital payments markets is pretty big. Bigger than it first sounded too.

The launch that will send shudders not just through the CBA’s institutional peers – Westpac will not launch Apple Pay on its main brand until mid-year – but also the bank’s ‘marquee’ credit card partner Mastercard, not to mention local buy-now pay-later unicorn Afterpay and rival Zip.

But it needs a little ‘unboxing’ to make sense of how the pieces come together and why the CBA plumped US$300 amid shrinking margins and a regulatory shitstorm.

The end of interchange

At lunch Siemiatkowski squirms a little as he’s peppered with questions about Afterpay and the local buy-now pay-later frenzy.

With typical Swedish directness he’s puzzled as to why there’s such huge enthusiasm for an investment pile-on for a stock that stings merchants for as much as five percent per transaction.

“The fees that are being charged in Australia are not all that sustainable I think,” Siemiatkowski reckons.

In Europe, especially Scandinavian and German speaking economies, Klarna has nearly ubiquitous market penetration, thanks in part to the great tradition of fiscal rectitude as a virtue. And an in-grained resistance to Americanisation.

And while the buy-now pay-later option is definitely part of the Klarna mix, especially in markets where traditional ‘revolving’ credit instruments are tightening (ie credit cards and their hi-teen interest rates) there’s a lot more to the Klarna stack than four monthly repayments.

Aside from all the obvious digital aggregation and rich data, Klarna’s proposition to the merchant is that it can compress all the shitty, unpredictably elastic and opaque charges down to a single basic rate.

And suck-up the risk and spit it out again. Which is way more than cards or banks do at the moment.

At 15 years-old, Klarna can hardly be called a start-up either, though it is definitely scaling.

Siemiatkowski tells iTnews that when he was young(er) and had trouble finding a job, one of the gigs he picked-up was back office accounts “factoring” – hardly awe inspiring work – when he realised there had to be a better way.

That particularly applied to online transactions, which in their early life were dominated by credit cards because, thanks to infomercials and chatlines, there was a facility to take a card number without the cardholder actually being present.

With transactions directly from banks largely out of the picture because of clunky messaging standards – the void that adroitly PayPal filled prior to being picked up by online flea market eBay – credit cards and their payments infrastructure quickly became the default for online payments.

Credit card schemes and banks also kept a sky-high merchant fee structure intact that was derived from mail-order days, as well as sheeting home fraud liability to the merchant to hedge against stolen card numbers that until quite recently were sent across the internet in the clear.

Around the same time banks gradually started realising their own proprietary products were not going to cut it in terms of global interoperability online, essentially handing Diners Club, American Express, Mastercard and Visa an oligopoly on online payments.

That equation worked for a while, though it didn’t impress regulators (at least in Australia) who questioned why what was essentially a straight through cash transaction was collecting a high risk sting – with the merchant copping the online fraud liability.

That’s no small beer either. Over the decade, the carbuncle of online card fraud in Australia has swollen to close to $500 million a year, with no split between Mastercard or Visa debit or credit cards available. Which is, like it or not, a major transparency issue.

Klarna reckons it can easily front risk for merchants, which is a call that is probably based on its credit health checking – which happens per transaction rather than per month – and a whole bunch of other location and heuristic stuff that will never be talked about but might come down to age and shoe sizes.

Look under the hood of Klarna’s payments tech stack and the one product or service that stands out is its use of one-time virtual credit cards, a product that has been hanging around for a decade essentially waiting for a use case to arrive.

It’s not really rocket science, unless you invoke the example of NASA’s expensive zero gravity pen versus the humble Russian pencil.

Klarna says that it boils down to a consumer initiating a payment through it using a disposable card number derived from a one-time pad.

That one-time credit card number presents to merchants as Visa transaction Siemiatkowski confirmed to iTnews, with Klarna wearing the risk.

Customer will be shared with CBA, he confirmed, but only with explicit consumer consent.

Which is not great news for Mastercard, although CBA customers can link existing Mastercard credit and debit products for transactions. When they start linking accounts directly, one presumes the interchange music will stop.

That’s a major shift, and not one before time. And with US$300 million in the game the CBA will not be shy about touting the new product.

As for how Matt Comyn met Sebastian Siemiatkowski for a revolutionary payments bromance, blame Sequoia Capital.