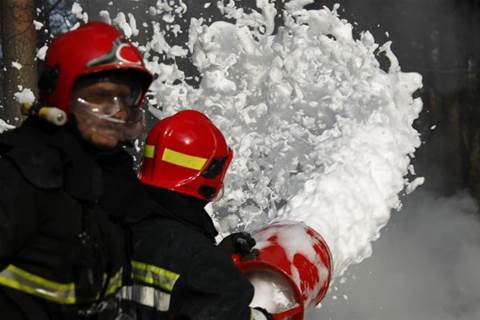 After a brutal week that claimed Westpac’s chief executive Brian Hartzer and board chairman Lindsay Maxsted, Australia’s oldest bank has hired IBM subsidiary Promontory to undertake an autopsy of IT systems and governance failures at the centre of its AUSTRAC scandal.

The decision to hire a firm wholly owned by an incumbent major supplier, whose mainframe systems underpin Westpac’s core transactional processing capability, is certain to raise eyebrows as it battles to preserve its what remains of its reputation and social licence.

Westpac’s transactional system has largely been dependent on IBM’s infrastructure stack since the 1990s, primarily the Hogan core banking application that is also used by St George, ANZ and Suncorp.

Hogan is now owned by DXC, having previously been held CSC, a rival outsourcer to IBM, which has merged with EDS, formerly headed by Ross Perot.

At a minimum, Westpac will soon have to spell out how Big Blue’s anti-money laundering specialists will be separated from the commercial interests of its infrastructure, cloud and software arms as it seeks to salve deep regulatory wounds in the wake of the AUSTRAC breach scandal.

The nexus of the case is Westpac’s admitted failure to ping AUSTRAC with legally required international transfer notifications (IFTIs) because middleware between batch systems and monitoring software did not work for a raft of overseas correspondent institutions.

For almost a decade.

Correspondent banking arrangements are essentially a proxy where an overseas bank can plug into a domestic bank’s systems to make enable transactions, in Westpac’s case to allow deposits of pension funds into the accounts Australian residents.

The arrangements did not run over SWIFT’s international transfer rails, but instead essentially formed bilateral agreements the monitoring of which later came a cropper.

Westpac on Thursday night confirmed IBM-owned Promontory was the same as it had hired to perform an independent autopsy.

A spokesman for Westpac said that “all appropriate governance is in place” surrounding the deal and stressed that Promontory’s work would be reviewed by another panel of three independent people.

“I am pleased Promontory has agreed to undertake this urgent external review given their background and global expertise on this matter,” Westpac’s outgoing chairman Maxsted said.

“They will be provided all the resources they need to ensure a thorough, rapid and independent analysis is undertaken.”

In a statement released by Westpac Promontory Australasian Practice Leader, Jeff Carmichael said, he was “pleased to have been asked to undertake this important review.”

Carmichael is a former (inaugural) chairman of the Australian Prudential Regulatory Authority and his LinkedIn profile lists him as a 20-year Reserve Bank of Australia veteran who was appointed to the Wallis inquiry.

Irrespective of his impeccable banking pedigree, the chief concern many shareholders and regulators must entertain is whether a company wholly owned by an incumbent supplier, that arguably has a current and direct commercial interest in its client, is really independent.

Not everyone will be convinced, and the hiring of Promontory comes less than a month after Westpac CEO Brian Hartzer sat on stage with IBM chief executive Ginni Rometty, only to joust that he thought IBM didn’t have any bugs after she was attacked by a voracious local insect.

And let’s face it, not all marriages that endure are perfect; some are co-dependent, several are unhappy and even more are enduringly dysfunctional. But they endure.

No wonder Westpac’s relatively new CIO Craig Bright is building a new core on the sidelines.