Cheesemaker shows the whey with cheddar-cam 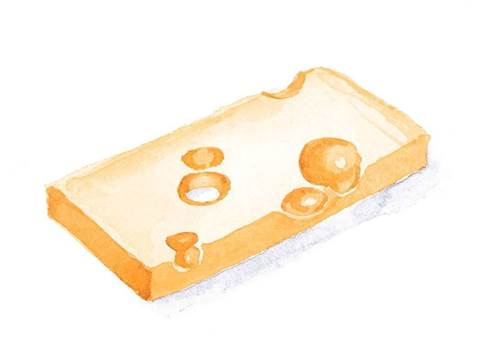 Fans tune in to webcam to watch cheese mature.

Fans of Cheddarvision, a webcam set up to keep an eye on a 44lb truckle of cheddar maturing in a Somerset dairy, got a treat today when something actually happened.

Cheesemaker Tom Calver appeared on camera and used a corer to perform the three-month maturation test. This involves taking a sample of the cheese and sniffing it.

Many of the half million people who have viewed the cheese since the camera went live in the new year tuned in to watch.

"We have just finished the coring," said a spokesman for West Country Farmhouse Cheesemakers, which set up the webcam.

"We had to keep a close watch in case interest was so great that it crashed the site at the crucial moment. Our servers were able to handle the load, however."

Cheddarvision has gained notoriety among web enthusiasts. Visitors have logged in from around the world, including from New Zealand and Iceland.

"Some might say this is the most boring website of 2007, but our cheese is worth waiting for so it's better than watching paint dry - just," said Philip Crawford, chairman of West Country Farmhouse Cheesemakers.

"We are very proud of our cheese and launched the website to let the whole world appreciate just how long it takes to create the perfect tasting West Country farmhouse cheddar."

For those who missed the excitement, a clip of the testing will shortly appear on YouTube.

The site is similar to the first ever webcam, set up in 1991 to view the coffee pot in the Trojan Room of the Computer Science Department at Cambridge University. It was designed to save the programmers the effort of getting up if there was no caffeine to be had. XCoffee, as it was known, was turned off in 2001.

Got a news tip for our journalists? Share it with us anonymously here.
Copyright ©v3.co.uk
Tags:
cheddarcam cheesemaker oddware shows the whey with