CE and whitegoods vendors at war over smart grid standards 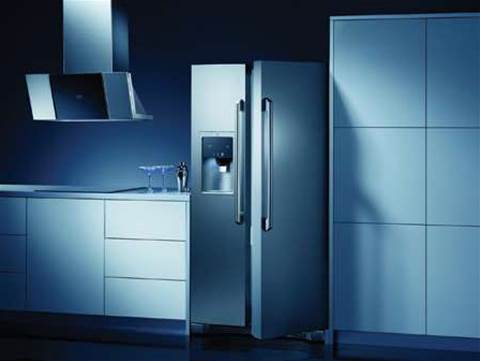 Australia in the crossfire as standards bodies step in to secure smart grid.

The US Government and regulators could be forced to intervene in a battle of wills between whitegoods appliance makers and Silicon Valley consumer electronics companies that threatens to derail America's smart grid rollout and place Australia in its crossfire.

National Institute of Standards and Technology (NIST) smart grid co-ordinator George Arnold said he created an "uproar" when he recently said that government might mandate standards unless the groups at loggerheads came to a rapprochement on protocols to shunt data from appliances and devices around the home and to the smart grid.

At issue was  a requirement for whitegoods makers to deliver power-efficient products by next year, he said, versus the intransigence of consumer electronics companies in demanding market forces dictate standards.

The association that counts Fisher and Paykel, GE and Samsung among its members published a whitepaper last December in which it said consumer choice, control and security were top priorities for its members as they delivered the next generation of home appliances.

"Consumer electronics companies don't want government dictating [standards], but what we're trying to do is accelerate a process that would take five years," Arnold said.

"We don't have five years. We have to make decisions in the next year so appliance makers can meet their deadlines."

He said that at the Consumer Electronics Show in January he told an audience that "while they don't want government mandates there are too many communications standards and a lack of clarity is a barrier to development of a market for smart grid appliances".

"We pointed out this issue to the networking and consumer electronics companies and there was an uproar. The IT industry doesn't like this idea."

NIST proposed to be an honest broker to allow the groups to collaborate on standards but they had to speed their efforts, he said.

"The problem you get is nobody will volunteer that their technology won't be used."

As a "standards taker", Australia contributed to talks so that when standards came here they were ready to publish and adopt but we couldn't go our own way.

"We always strive to provide international standards, we participate in international committees and have all our needs met so that it fits in with what government and regulators want," said Standards Australia acting chief executive officer Colin Blair.

"We send delegates to international committees with the Australian position. We adopt the international standard and if we've done it well we adopt it as a full standard."

The Victorian Government mandated the use of the Zigbee low-power wireless protocol for its smart meter rollout, a necessary precursor to a full smart grid makeover of the energy network. But it was criticised as risky by the State Auditor General for adopting a proprietary standard.

Last week, the Zigbee and Wi-Fi organisations agreed to formalise their collaboration to develop merged solutions for radio transmission between devices and the smart grid.

Arnold said it was a mistake for regulators to mandate a single standard. He said "gateways" that would mediate data traffic from electronics devices in homes and businesses would need to support a range of protocols and standards.

"There seems to be consensus that using internet protocol [IPv6] as a network layer would be very helpful and the cost is less if you have commonality at the network layer," Arnold said.

NIST had worked to improve flaws in the Zigbee standard (upgraded to Smart Energy Profile 2.0) and was indirectly responsible for the recent tie-up between the two protocol standards organisations, he said.

"A recommendation that came out of the NIST process was that specification needed to be decoupled from underlying communications interfaces."

Gateways had to be highly secure so it was unlikely that broadband routers in people's homes today would be up to the task, he said. Instead, such devices would be more akin to pay-TV set-top boxes.

"[Power] retailers would not be happy to rely on home owners configuring their [security] profiles'" Arnold said.

George Arnold was a keynote speaker at the IQPC 2010 Smart Grids Forum in Sydney.