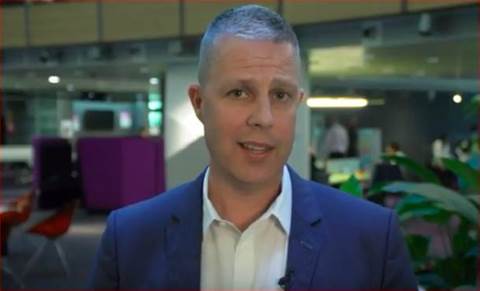 Pete Steel, the Commonwealth Bank of Australia’s outspoken chief digital officer, has quit Australia’s biggest institution and will take up a role at consultancy behemoth Boston Consulting Group from July.

A 16-year CBA veteran, Steel’s departure comes as the bank sets into play its post-Royal Commission battle plan that includes a major effort to become a one-stop financial shop for customers, including getting closer to government agencies to access information like tax data to inform credit scoring.

Highly regarded by his peers and respected by competitors, Steel’s move to consulting leaves a major hole for a digital and technological evangelist at the CBA as the institution seeks to double down on the competitive advantage it's extracted through its real time core system.

At the launch of the CBA’s rejuvenated customer app, Steel was the arguably the most vocal protagonist of its new outbound functionality including a so-called benefits finder that hunts for citizens’ eligibility for government entitlements and rebates - and helps them lodge claims.

That functionality, at the time of the app’s launch, could help Australians access a pool of up to $10 billion in underclaimed entitlements from the government.

Steel also revealed at the launch that the CBA would seek to use the government’s biometric holdings to help onboard customers and verify identity, part a wider play by banks to move towards using digital identity to authenticate transactions.

A major issue all banks have is that the creation of a digital identity credential for institutions is an expensive undertaking at an individual level and arguably more suited to a common utility service.

On Wednesday eftpos, of which the CBA is a foundational stakeholder, revealed it is preparing to enter the digital ID fray as part of its wider digital overhaul to modernise its products and services.

Australia Post has also been a major proponent of its own digital identity credentialing service, though that project has lost much of its prominence following the departure of former chief executive Ahmed Fahour and Post’s chief information officer Andrew Walduck to Lattitude.

Notably, Fahour is BCG alumni and much of Post’s Digital iD build was based on thinking promoted out of BCG.

Despite the creation of Post’s Digital iD, the federal government pursued its own project dubbed GovPass through the Digital Transformation Agency and Australian Taxation Office, though the official line is that there is room for both products to exist.

Despite holding the title of chief digital officer, Steel’s rank at the CBA is at executive general manager level, a rung down the executive committee membership.

In recent weeks, CBA’s CEO Matt Comyn has made a point of personally advocating the bank’s tech credentials ranging from its ongoing development of CommSee to the launch of its new wholly owned venture builder X15.

“I’ve had an amazing 16 years at CBA and been privileged to lead digital and technology teams that deliver great experiences every day for 1 in 3 Australians,” Steel said on social media.

“Time to find a new hill to charge up. Thanks to all the wonderful folk at CBA, you guys really do rock."