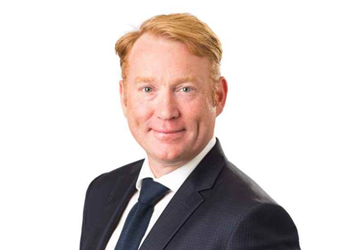 “I wanted to let you know that I have made the difficult decision to leave Australia Post,” Walduck said in a memo to staff dated June 6.

iTnews has confirmed Walduck will be replaced in the product and innoovation role by former Detsche Post executive Ingo Bohlken.

Widely respected for his personable and collegiate approach to tackling complex technology challenges with multiple stakeholders, Walduck said in his note to staff that “my enthusiasm and passion for Australia Post remains – it’s a brand that I love and will continue to champion”.

Over the past five years, Walduck was instrumental in quickly expanding Post’s enterprise and government division to offer a broad range of electronic and retail services ranging from processing passport applications and police records checks for employers to electronic payments processing and ecommerce services.

Australia Post's digital transformation is still regarded as the benchmark for success in terms of tackling technological disruption.

Aside from leading an overhaul of internal technology and culture, Walduck was instrumental in bringing Australia Post’s Digital iD offering to market as an opt-in digital identity credential that could work across both government and private sector identity requirements.

Australia Post's strategic maneouvre towards digital identity was voted the winner of the federal government category of the iTnews Benchmark Awards in 2018.

The swift launch and availability of Digital iD in August 2017 came in sharp contrast to ongoing federal government efforts, particularly through the Digital Transformation Agency, to create a similar identity instrument for public use with government services.

In May 2017 Australia Post announced it would “work with the Digital Transformation Agency to integrate its own identity technology into the Commonwealth's Digital Identity Framework”, a move that allayed fears of a Balkanising - rather than federated - digital identity ecosystem.

In March 2018 Australia Post also started making noises around digital licensing, a tacit indication it sees a role helping to deliver those credentials to citizens and government, most logically through its existing retail and digital offerings.

A firm clue as to Australia Post’s intended direction in digital economy (at least until the arrival of Holgate) is its 50 percent stake in joint venture the AlphaCommerceHub platform that acts as a managed service which aggregates payments, processing, identity, security, logistics and loyalty for online merchants.

Over the past four years Australia Post has also endured a political rollercoaster ride over its roles as a provider of public technology services including a decidedly public bake-off between the federal government’s myGov digital mailbox and Post’s Digital Mailbox solution.

Where that roller coaster is headed in the era of digital identity is yet to be determined, however Walduck is unlikely to be short of job offers.