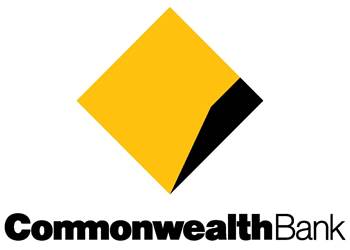 $1.1 billion project 'not an IT-pushed program'.

Having spent three years to reach the halfway point of its core banking modernisation project, the Commonwealth Bank (CBA) expects to have a significant head start over any of its peers that embark on a similar IT system overhaul.

In April 2008, the bank contracted SAP and Accenture for a four-year, $580 million Core Banking Modernisation project that aimed to enable channel-agnostic, real-time banking.

The project has since grown to be worth $1.1 billion, with some 53 million customer records migrated to the SAP NetWeaver platform to date, investors, analysts and media heard yesterday.

According to the bank’s chief financial officer David Craig, the project was a “high-risk, long-term” strategy and a significant investment for the bank.

CBA executives acknowledged that there was no exclusivity clause on the bank’s contract with SAP and Accenture, so rivals were free to purchase similar software.

Getting the SAP product was easy; the challenge was migrating records and operations from a complex, legacy system with minimal disruption, investors heard.

“This is not something we’ve outsourced to a third party – it’s a team [that was] very hard to put together,” Curran said.

“Everyone in the organisation knows what we’re doing.”

According to chief information officer Michael Harte, Core Banking Modernisation staff met frequently with the Board of Directors and CEO Ralph Norris to align the project with business directions.

During the past five years, the role of CBA’s IT had evolved from technology to service delivery, he said.

“This is an embedded business transformation rather than an IT-pushed program,” Harte said.

While there were “many examples in the world where core banking modernisation has failed”, Harte boasted that CBA’s ability to execute the project was “no longer in question”.

“Our core banking program is expected to be at the forefront of any program of its type worldwide … Being first means you take calculated risk.”

Any new products and systems had to be fully functional upon launch, with beta testing not an option.

Despite what Harte described as “record levels of change”, he said the bank had reduced ‘Severity One’ outages by 94 percent, from 66 in 2006 to four in this financial year.

In September 2009, Harte was one of a number of CBA staff to accept a reduced pay packet over a NetBank outage in June.

Earlier this month, database maintenance issues blocked funds from being transferred via BPay, phone banking and NetBank, as well as causing an ATM glitch that drew police attention.

Norris said physical banking transactions had halved in the past seven years, and 14 percent of the bank’s 5.5 million NetBank customers now accessed NetBank via their mobile devices.

“We’ve consistently invested in the long-term future of our organisation … These changes are only likely to gather pace in the next 5 to 10 years,” he said.

“The banking customer in the future will expect real time functionality. They will not and should not have to deal with antiquated systems built in the 70s.”