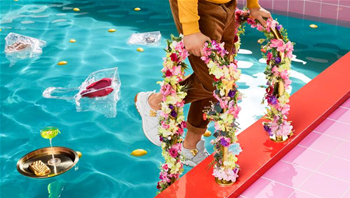 The Commonwealth Bank of Australia has moved swiftly to stem the encroachment of digital buy-now pay-later platforms (BNPL) like Afterpay and Zip onto its unsecured lending book, launching Swedish fintech darling Klarna in Australia overnight and upping its equity stake to US$300 million.

The move, which was telegraphed at last year’s financial results, will up the CBA’s stake in the 15 year-old company to 5.5 percent, with equity in the local venture being 50 percent split.

CBA customers can access Klarna via the CBA app, but the service is also being made available to non-CBA customers who can then presumably be lured across to Australia’s biggest bank from rivals.

The equity boost also puts the CBA in the esteemed company of other Klarna investors like hip-hop impresario Snoop Dogg whose flamboyant lifestyle is featured in Klarna’s video ads.

The CBA is using the Klarna play as a backstop to hedge an accelerating migration away from the ebbing credit card market which is being increasingly shunned by millennials in favour of debit products because of high interest rates and the fragmentation of loyalty schemes.

“Our partnership with Klarna will further enhance the customer experience in our leading banking app and address the rapidly growing demand among consumers for new payment options,” CBA chief executive Matt Comyn said.

“In particular, it allows us to build on our leading technology to deliver the very best payment services for our customers and merchants in Australia, on platforms which are safe, secure, and easy to use.

The giddy growth rates of BNPL plays, coupled with strict new responsible checks for credit products, are a major headache not just for the CBA but other retail banks because the suck out lucrative interest payments and interchange fees as well as hoarding customer data.

The standard operating model for BNPL offerings is to shunt costs over to the merchant in exchange for access to customers that may not otherwise purchase products under what amounts to a glorified lay-by service.

While shopkeepers feel a bigger sting on transactions, this is mollified by BNPL by carrying the credit risk for transaction allowing the merchant to get the cash up front.

The big problem for banks is that the goldmine of consumer spending data that used to be reaped from credit cards and their loyalty schemes – data used by banks to sell products – essentially vests with the BNPL, giving the schemes the whip hand on customer intelligence.

While NAB and Westpac have all toed the BNPL market through their venture funds, the CBA’s move to directly invest in a sizeable chunk Klarna is a more strategic move to gain access to the Swedish firm’s tech stack and integrate it with the bank’s systems to create a rival play to credit cards.

The move also largely follows CBA chief executive Matt Comyn’s previous logic that attempts by the big four banks to shut out rival products like ApplePay – which simply crushes bank interchange revenue – is pointless in the long term because it leaves banks as legacy laggards.

Instead of holding out against new competitors, the CBA is buying its way in at scale to rebuild a payments and credit tech ecosystem that was largely built on tightly coupled mainframe technology, unhitching itself from the Mastercard / Visa duopoly in the process.

“By partnering with Klarna, we are bringing together our market leading digital technology, merchant relationships and strong customer network with Klarna’s innovative payments technology and integrated shopping experience for the benefit of CBA customers and many more Australian consumers,” Comyn said.

CBA was widely expected to launch Klarna this month after it was revealed the fintech’s chief executive, Sebastian Siemiatkowski, was flying into Australia this week.

“This is an exciting day for Klarna, CBA and Australia as a whole. We have already developed a strong working relationship with CBA and we look forward to providing even more opportunities together for our customers in the coming months and years,” Siemiatkowski said.

The big question now is whether Snoop Dogg will front a local campaign for Klarna and CBA in Australia. iTnews will put the question to the powers that be later today.