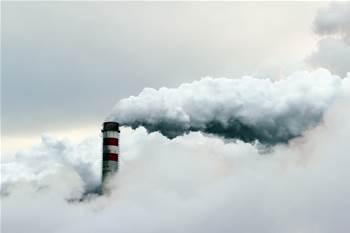 Canberra Data Centres is attempting to have its greenhouse gas emissions data from last year withheld from public release, on the grounds that the information is commercial in confidence.

The data centre provider has applied to the Clean Energy Regulator (CER) to keep its scope two emissions and energy data for 2020-21 a secret under the under the National Greenhouse and Energy Reporting (NGER) scheme.

Net energy consumption (in gigajoules) has also been withheld as a result of the pending application.

“[CDC Group Holdings’] corporate scope 2 emissions and energy data are withheld from publication, pending finalisation of their application under section 25 to withhold this information,” the report states.

Scope two greenhouse gas emissions are released “from the indirect consumption of an energy commodity”, whereas scope one are released “as a direct result of an activity”.

Like other major data centre providers, almost all of CDC’s emissions would likely be in the form of indirect emissions.

In order to qualify for mandatory reporting through the CER, companies must have emitted at least 50 tonnes of greenhouse gases and 200,000 GJ for energy consumption in any year.

CDC has not previously featured in the report, meaning that it has not hit the reporting threshold until now.

A CER spokesperson told iTnews it is currently assessing the merits of CDC’s application under section 25 of the NGER Act 2007.

Under the Act, reporters can apply to have their data withheld on the grounds that the publication could reveal trade secrets or a “matter of commercial value that would be destroyed or diminished”.

“We are in the process of assessing this application,” the spokesperson said, without revealing when the application was received.

It is unclear which grounds CDC has used to apply to have their 2020-21 scope two emissions data withheld.

A CDC spokesperson declined to comment while the application is being considered by CER.

Of the data centre providers that disclosed their full data, Equinix Australia was the biggest emitter last year, producing 300,052 tonnes of emissions, including 299,083 tonnes of scope two emissions.

Amazons’ emissions have been steadily climbing since it first featured on the list in 2017-18 – when it also applied to have its emission data withheld.

That request was ultimately refused by CER, forcing the company to reveal it had emissions of 55,739 tonnes in 2017-18.

All data centre and telcos, bar Telstra, are towards the lower end of the list for emissions. By way of comparison, AGL produced 40,670,967 tonnes of scope one and two emissions last year.

Amazon was the next best performer on the list, followed by TPG, Global Switch, NEXTDC, Equinix Australia and Fujitsu.