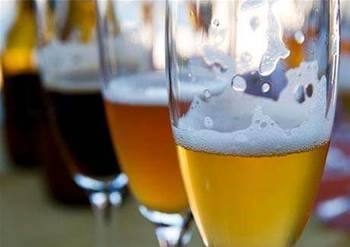 A South Brisbane teenager's Facebook page was reportedly hacked to advertise an open house party at his address that attracted over 4,000 RSVPs.

Queensland Police said they were alerted to the party through Twitter and contacted the family who lived at the advertised address.

Police were told the family were "not having a party this weekend, and were unaware their teenage son's Facebook page had been hacked."

The boy allegedly told his father that his Facebook account "had been hacked into by some friends who advertised the party".

"When the numbers of people RSVPing to the party started to climb, he panicked and told us what had happened," the unnamed father said.

"The first thing I thought of was, how am I going to be able to control this, because the numbers of people coming just kept climbing, it was crazy.

"I told my son that he better tell everyone that the party wasn't happening and no-one was coming in the front gate."

Queensland Police officers were going to guard the address to "ensure that would-be party goers did not cause a disturbance".

"Anyone planning on attending the party advertised on Facebook at a private residence in South Brisbane should make other arrangements," Superintendent District Officer of Wynnum District, Jim Keogh said.