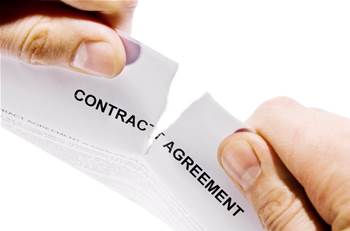 The council today said it had advised the Queensland-based provider it had "failed" to deliver on the IT overhaul promised under the pair's 2015 contract.

It said the termination was due to "persistent and ongoing contract breaches, significant and unacceptable delays in progressing the contract and a complete loss of faith in the company’s ability to deliver a replacement system for council's IT systems".

The council said it had formed the view that TechnologyOne would not be able to deliver the replacement platform "without significant reformation of the contract" after it missed milestones at the end of last year.

BCC will seek $50 million in damages and has referred the matter to arbitration.

“This decision is about the effective use of ratepayers’ money and ensuring that council's core services are not compromised,” Brisbane lord mayor Graham Quirk said in a statement.

“In the past six months, council offered TechnologyOne the opportunity to reform the contract and met with their representatives on many occasions to assist the company to get the project back on track.

"Unfortunately, TechnologyOne did not take the opportunity to work constructively with council to reform the contract and instead has sought to blame council for its own failings, through the issue of misleading public statements."

Quirk claimed the provider had struggled with the complexity of the council's operations.

He said BCC's existing IT systems would continue to operate while the council looked at its options.

The pair have been engaged in a public blame game over the delayed and over-budget LGS project since the start of this year, when Quirk put the supplier "on notice".

The project was to replace 13 legacy compliance, rate paying, development assessment, and receipting systems, and save the city $149 million.

But an independent review last year found it was running 18 months late and more than $60 million over budget.

Both parties have refused to take the blame for the problems, issuing each other with show cause notices over claimed contract breaches.

TechnologyOne argues the council was unable to properly manage the project and kept moving the goalposts.

Earlier this week it warned the council it would file a $50 million damages claim if BCC terminated the contract.

TechnologyOne founder Adrian Di Marco told iTnews the termination was expected and his firm was "relieved" that the stalwart of the last six months was ending.

But he said TechOne was committed to recouping the $50 million in damages for wrongful termination.

"BCC’s behaviour has been disingenuous and unprofessional. BCC had made it clear through both its actions and its statements that it did not want to complete this project, and was endeavouring to engineer a termination of the contract for breach," he said.

"This charade has now come to an end, but unfortunately this now exposes the ratepayers of Brisbane to a $50+million damages claim for wrongful termination by BCC."