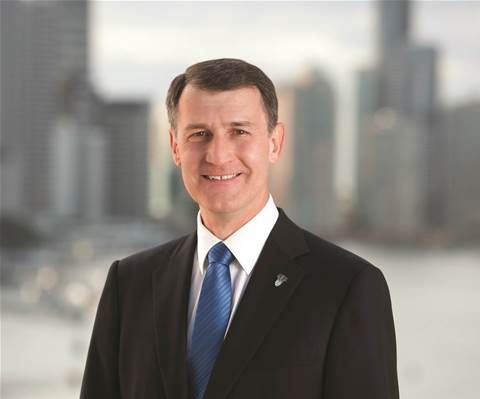 Quirk held a press conference this morning to announce the local government software specialist was officially “on notice”, after an independent investigation into the systems replacement revealed it is running 18 months behind schedule and potentially more than $60 million over budget.

At this stage, the local government systems (LGS) project is not due to be complete until the end of 2018. It was expected in to go live in the middle of this year.

The council has confirmed that it stopped making payments to TechnologyOne in October once the delays became apparent. It had paid $20 million up to that point.

In November Quirk ordered a review into the LGS project, to be conducted by IT consultant Neil Glentworth. The first brief was handed in to cabinet on Monday this week, but the probe remains ongoing.

“This is a significant overrun. But we have to get this back on track and that is my focus now. To make sure we continue to deliver this project.”

He said ideally he wanted to continue working with TechOne, which “employs a lot of Brisbane people”, but said its contract would be renegotiated to include an agreement that it will deliver “an acceptable IT system” within six months.

The new arrangements will also demand TechOne appoints a systems integrator to help with the implementation, and that it delivers services to stabilise the existing legacy systems up until the point it can set the new technology live.

If the company fails to meet the BCC’s demands, Quirk said, “we’ve got all sorts of options available to us”.

The mayor conceded that the cost overrun will eat into the $149 million the city expected to save by replacing 13 legacy compliance, rate paying, development assessment, and receipting systems.

The upgrade was originally anticipated to cost $122 million in the first ten years, and another $58 million in the following decade for ongoing licensing and maintenance.

It will now swallow the full $180 million in the first ten years. Quirk said the initial overrun will be covered from savings generated from the council's new inner city bypass, but extra costs will have to be addressed in future financial years.

TechnologyOne is expected to release a statement later today.

Brisbane City Council is the largest local government organisation in the Asia-Pacific region, with an annual budget of $3.4 billion and more than 7000 employees.

But Technology One has hit back at being lumped with the blame for the late-running project, arguing that the council keeps changing its mind, and has forced TechOne to absorb the cost of its shifting plans.

The company claimed that contrary to Quirk’s version of events, it has already handed over a completed and tested version of the software to the BCC.

“There appears to be confusion and misunderstanding within BCC on the history and status of this project,” CEO Adrian Di Marco said in a statement.

He instead linked the delays to continuing changes in the scope of the project since the contract was signed in June 2015.

The first shift, TechOne claimed, was away from an original plan to jointly design the solution.

“As the project progressed it became clear that BCC struggled with this strategy,” Di Marco said.

“At the request of BCC the decision was made that TechnologyOne would complete the build of the new product before the project implementation continued. This change in strategy has introduced delays to the project.”

He said TechOne staff also ended up defining and documenting twice as many business processes for BCC than it was originally contracted to do.

Council then asked for “substantially more functionality” from the product than it originally tendered for, the CEO claimed.

“This additional software functionality has been provided by TechnologyOne at no additional cost to BCC.”

Di Marco said his company has an “unblemished track record and proven software solutions in over 300 councils”.

“TechnologyOne remains committed to the successful completion of this project at BCC."