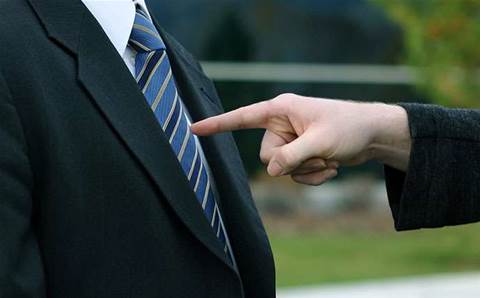 Show cause notices fly back and forth.

The ugly stoush between Brisbane City Council and its systems partner TechnologyOne looks likely to land in court after the council sent the IT firm a second notice to show cause.

The notice gives TechOne another three weeks to show why it should retain its $180 million local government system (LGS) contract with the council.

A notice to show cause is the first step in legal action. The notice issued by the council on Monday of this week is the second to be levied on the IT firm; council's first 28-day legal note was delivered in May after it put the firm "on notice" in January.

But TechnologyOne says it responded to everything listed in BCC's first notice satisfactorily enough that the council had informed the firm it would not terminate the contract.

It claims the new notice covers "many of the same issues" contained in the original May directive "that BCC did not act upon".

Brisbane City Council declined to outline the alleged breaches contained within the second notice to iTnews.

A spokesperson said they were broadly concerned with ensuring the delivery of a functional system.

TechOne executive chairman Adrian Di Marco said the council appeared determined to resolve the issue through the courts rather than commercial negotiation.

He claimed the council was attempting to make TechOne build it a system "in strict accordance with the 2015 contract" that does not meet its current business requirements, to 'engineer a situation' where TechnologyOne was unable to perform against the contract.

"BCC have refused to issue a contract amendment and TechnologyOne is being asked to now configure a system for BCC that does not reflect BCC’s current business processes."

Di Marco claimed this was evidence that BCC had no interest in "genuinely" working with TechOne to deliver the project.

"Attempted termination of the contract by BCC continues to be the most probable outcome," he said. It had refused to engage in expedited arbitration, TechOne said.

TechnologyOne issued its own notice to show cause against the council on May 30 over unpaid invoices. The council handed over the requested $750,000 to the company on June 23.

The IT firm has until July 17 to respond to the council's second show cause notice. BCC wil then re-assess its legal position, a spokesperson said.