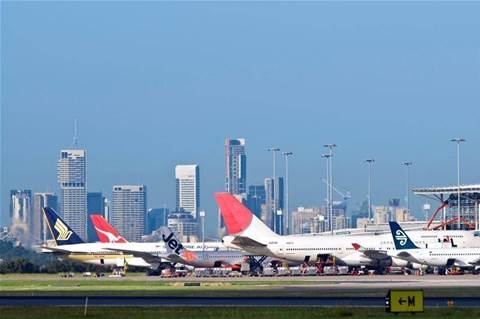 Brisbane Airport will soon allow travellers to pay with cryptocurrency at retail outlets in its air terminals.

The airport’s owner quietly announced last week that it had struck a deal with a Brisbane-based start-up called TravelbyBit.

“Although customers pay in digital currencies like Bitcoin, the merchants can choose to receive payment in Bitcoin, fiat currency, or a combination,” TravelbyBit said on its website.

Brisbane Airport Corporation said it was “working with TravelbyBit to bring decentralised blockchain-enabled payments into its terminal shopping".

It appears to have signed on at least 10 retailers to accept crypto payments, including cafes and restaurants, souvenir shops and newsagents.

The corporation’s general manager for strategic planning and development, Roel Hellemons, said it was “just the beginning for us as we hope to expand the digital currency option across the business”.

“Many people around the world have made money investing in cryptocurrencies and a lot of these people travel internationally, so it makes sense to offer a digital currency experience within our terminals,” Hellemons said.

“We’re also proud to be the first airport in the world to achieve this in partnership with a small local start-up business such as TravelbyBit, whose pioneering thinking is drawing attention to Brisbane as a serious breeding ground of innovative thinking.”

TravelbyBit already has around 26 merchants signed up to its platform. Most are clustered in Brisbane’s Fortitude Valley, though some are in other towns.

The start-up appears to be developing “travel routes” that list places and experiences along the way that can be paid for using crypto coins.

TravelbyBit CEO Caleb Yeoh said in a Medium post last September that the company was looking “to sign up and induct merchants on Bitcoin tourist routes from the city to the outback where a Bitcoin traveller can find [themselves] in an old fashioned pub in a small timeless town but pay with new age digital currency".

“We believe this will help boost the regional tourism industry and help diversify local economies so that they are not just reliant on the resources industry,” Yeoh said.

He outlined ambitions to take crypto payments into large tourism sites in Queensland before expanding nationally.

“We can build new Bitcoin routes across the whole of Queensland and then Australia,” he said.

The wild volatility of cryptocurrencies - which affects both value and fees - has seen some large online firms pull back from accepting them for purchases.

Last week, online payments processor Stripe withdrew its support for Bitcoin, savaging it as being “better-suited to being an asset than being a means of exchange".

That was seen as a clear reference to the boom in cryptocurrency trading since December, as investors bought and sold coins in the hope of large capital gains, rather than for use as currency to buy goods.

Bitcoin’s price has largely stabilised in the past week, testing the US$10,000 mark on several occasions but so far facing resistance to dip below it.

It was trading at US$11,828.80 at the time of publication, according to Coinmarketcap.