Stripe backs away from Bitcoin 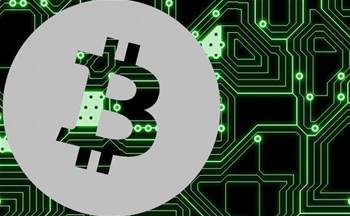 But isn’t ready to give up on cryptocurrency.

Online payments processor Stripe is the latest big company to withdraw its support for Bitcoin, though it has not given up on the utility of cryptocurrencies altogether.

The company - which operates in 25 countries, including Australia - said it would “stop processing Bitcoin transactions on April 23” this year.

The move is another blow to Bitcoin’s usefulness as a currency: Stripe was the first major payments company to support Bitcoin payments when it signed on back in 2014.

Stripe said in a blog post that one of the main reasons it is pulling back is because “Bitcoin has evolved to become better-suited to being an asset than being a means of exchange".

That shift was evident throughout December as Bitcoin - and crypto coins in general - were feverishly acquired by investors, pushing the price to extraordinary levels.

Crypto investors treated the coins as assets that could rise and fall in value, but there remains little evidence that the coins can actually be spent like fiat currency.

Stripe’s other reason for pulling back from Bitcoin is the huge rise in fees, mostly caused  by the coin’s volatility.

“Transaction confirmation times have risen substantially; this, in turn, has led to an increase in the failure rate of transactions denominated in fiat currencies. (By the time the transaction is confirmed, fluctuations in Bitcoin price mean that it’s for the “wrong” amount.),” Stripe said.

Market watchers will recall these as much the same reasons why game marketplace Steam also pulled its support for Bitcoin back in December last year.

Steam’s operator Valve Software faced issues trying to reconcile payments in Bitcoin given the value could fluctuate so wildly while a payment went through.

Stripe said that despite the problems with Bitcoin, it remained “very optimistic about cryptocurrencies overall.”

“There are a lot of efforts that we view as promising and that we can certainly imagine enabling support for in the future,” it said.

It called out several projects it was watching, including the Lightning Network, which just supported its first transaction and promises to make Bitcoin payments faster and cheaper.

Stripe is also watching OmiseGO, Ethereum and Stellar, the latter of which it provided US$3 million in seed funding to in 2014.

It did not rule out supporting Stellar through Stripe “if substantive use continues to grow”.

The company also said it had not given up on “Bitcoin Cash, Litecoin, or another Bitcoin variant [finding] a way to achieve significant popularity while keeping settlement times and transaction fees very low".

“Bitcoin itself may become viable for payments again in the future,” Stripe said.