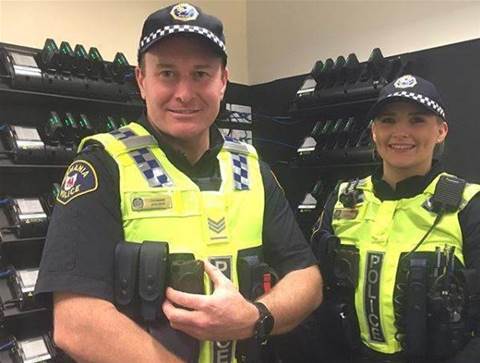 Rollout to begin without full legislation.

All frontline police officers in Tasmania will now be equipped with body-mounted cameras, bringing the state into line with most other jurisdictions around the country.

The state government announced on Monday that the rollout would begin with officers in Hobart, before being expanded to police at Launceston, Devonport and Burnie in the coming months.

However, the deployment is kicking off without proper enabling legislation in place.

Tasmanian Police Minister Michael Ferguson said in a statement there are existing provisions for officers to carry the devices in the short term. A more permanent legislative fix is expected to go before parliament by the end of the month.

All up the government is committing $3.4 million over four years to the project, with security services company Axon Public Safety Australia providing the cameras and digital evidence solutions.

Ferguson said the cameras will ensure better quality evidence is collected and will improve interactions between staff and members of the public.

“Deploying the first body-worn cameras to frontline officers is a significant step forward for Tasmania Police in terms of providing a safe working environment for our officers and delivering operational efficiencies,” added police commissioner Darren Hine.

Most other states and territories have used body-worn cameras for years, with Queensland doubling the number devices in use last year.

However, Tasmania isn’t quite as far behind as it seems, with Victoria only kicking off an Axon-backed pilot program in April this year.

Last year Victoria announced it would deploy 7700 cameras to its officers over a three-year period.

NSW Police has had Fujitsu-supplied body-cams since 2015.

The ACT and Western Australia are now the only jurisdictions yet to implement body-worn, although WA Police called on their government to deploy up to 5000 devices in June.